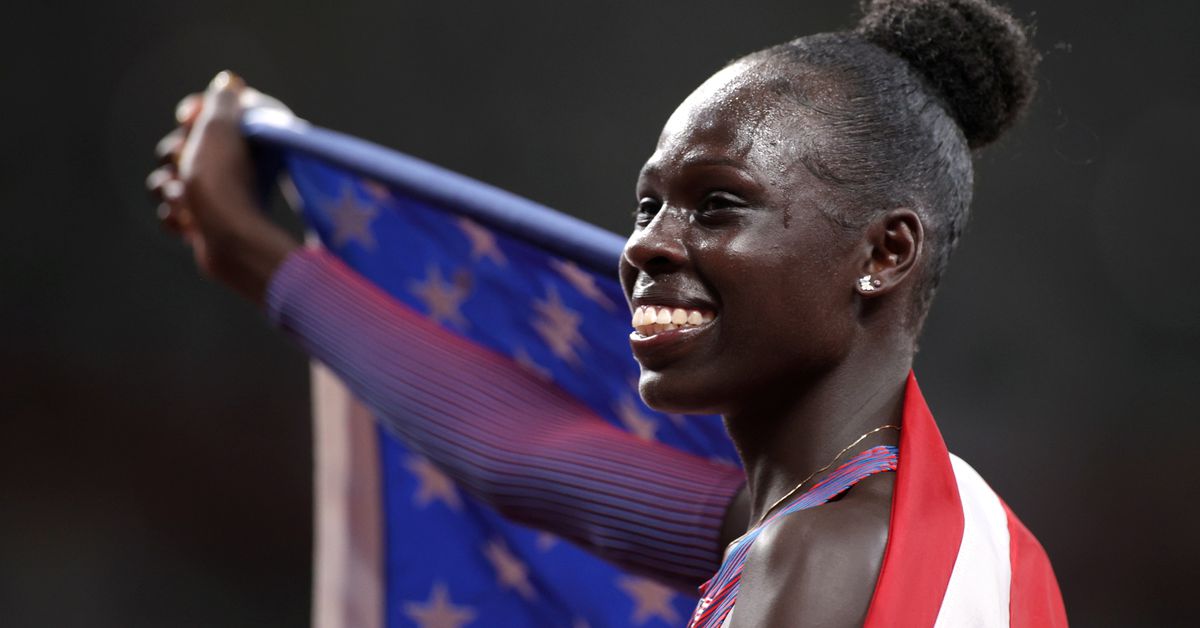 from Sudan two decades ago, said it was "awesome" that she won gold at such a young age.

"I wasn't really putting gold on that, but as it got closer to the final today, I was like, 'Yeah, we want gold'," the 19-year old said."There's not just one 19-year old in the race, there is two...which is unbelievable.

Just being able to take something back home, I'm really proud," she said.

I just want to make them proud," she said