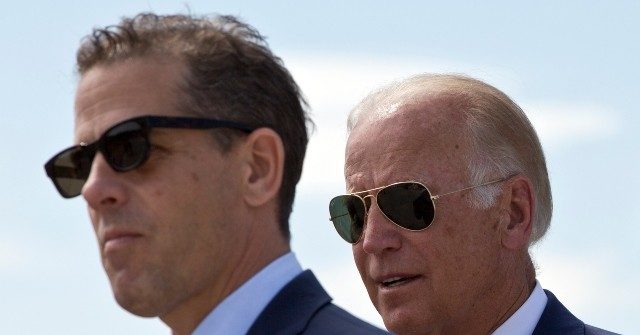 Nov 23, 2021 1 min, 52 secs
The Biden family was set to benefit from a deal to transfer American natural gas to Chinese energy company CEFC, through a prospective 2017 deal by Hunter and Jim Biden, according to newly uncovered documents — as the Biden administration now massively scales back United States energy production.Documents never previously reported on, from the infamous “laptop from hell” belonging to Hunter, show the Biden scion was working on a deal in 2017 to transfer liquid natural gas from Louisiana to CEFC — the same Chinese firm with which Hunter also discussed a business venture that would have “10 [percent] held by H for the big guy” — but the deal never materialized.In an email from October 23, 2017, an intermediary by the name of JiaQi Bao, between Hunter Biden and his Chinese business associates, sent an email thanking Hunter and Joe Biden’s brother, Jim, for arranging a meeting with Greg Michaels, the president of a natural gas liquefaction facility in Louisiana called Monkey Island LNG, and detailing plans for what will be discussed.Leveraging the family name to secure high profile meetings for foreign clients was not just a good deal for Hunter and Jim Biden.In another email on October 29, 2017, Bao writes to discuss plans for the business venture, saying Hunter is the best person to help his “friend,” CEFC chairman Ye Jianming, because he has “access to decision makers” required to approve the transfer of essential natural resources to foreign entities.“As part of Hunter Biden’s efforts to assist Ye, he reportedly began working on a deal for Ye that involved a $40 million investment in a natural gas project on Monkey Island in Louisiana that reportedly fell through in 2018,” Grassley’s report says.In order for Ye to succeed with future business in the United States, he had to, as The New York Times stated, ‘build influence.’  Based on the recently released records, that is exactly what Hunter Biden and James Biden were supposed to do for CEFC.

Accordingly, it appears that Hunter and James Biden, based on their family name and political influence, were agents of CEFC, as both had planned roles with CEFC’s investment vehicles and engaged in efforts to seal financial deals for Ye and CEFC, which would ultimately benefit the communist Chinese government.