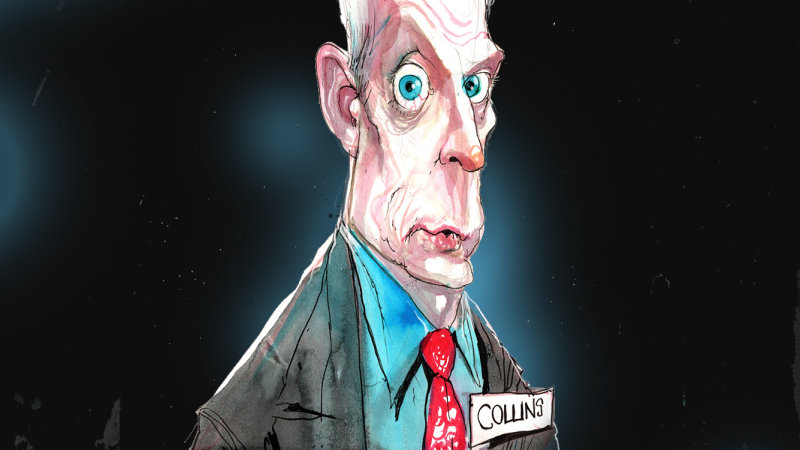 In keeping with the approach he used in books such as Good to Great, Built to Last and Great by Choice, Collins is conducting painstaking research before putting pen to paper.

It is safe to predict the book will be a best-seller given Collins has a loyal following built up over several decades.

‘‘And, for whatever reason, I just crossed out that opening line of the syllabus and I replaced it with essentially saying this is going to be a course on how to turn a new venture or small business into an enduring great company.

What emerged from this work was the book, Built to Last.

Collins was immensely proud of the work but a friend said it was useless because the companies that became great, iconic and visionary had the right founders.

His friend asked him: ‘‘What if you wake up part-way through life and you’re not great, can you actually turn a good company into a great company.

The end result was Good to Great.

Instead of studying pairs of companies from inception, Collins studied them from a point when one company made an inflexion from good to great compared with the other that did not make the leap.

The book was notable for its finding that rock-star CEOs were not found in good to great companies.

In fact, the book said the single most harmful step a board could make in a journey from good to great was to put the wrong people in key positions.

The hedgehog concept stems from the assertion that good to great companies are like hedgehogs – simple, dowdy creatures that know ‘‘one big thing’’ and stick to it.

Two critical findings from the research were that strategy did not separate good to great companies from the comparison companies, and you did not need to be in a great industry to produce sustained great results.

They took the flywheel idea from Good to Great and then they said, ‘we’re gonna make the flywheel our own’.’’.

He recalls a two-line statement in an Apple regulatory filing in 2003, which said the company was working on something called the iPod.

Collins says his latest project about business leaders who were able to renew themselves over their working lives is really a natural progression from all his previous work because it was people who built great companies.