Is this the clearest insight into Martin Scorsese’s moral perspective? 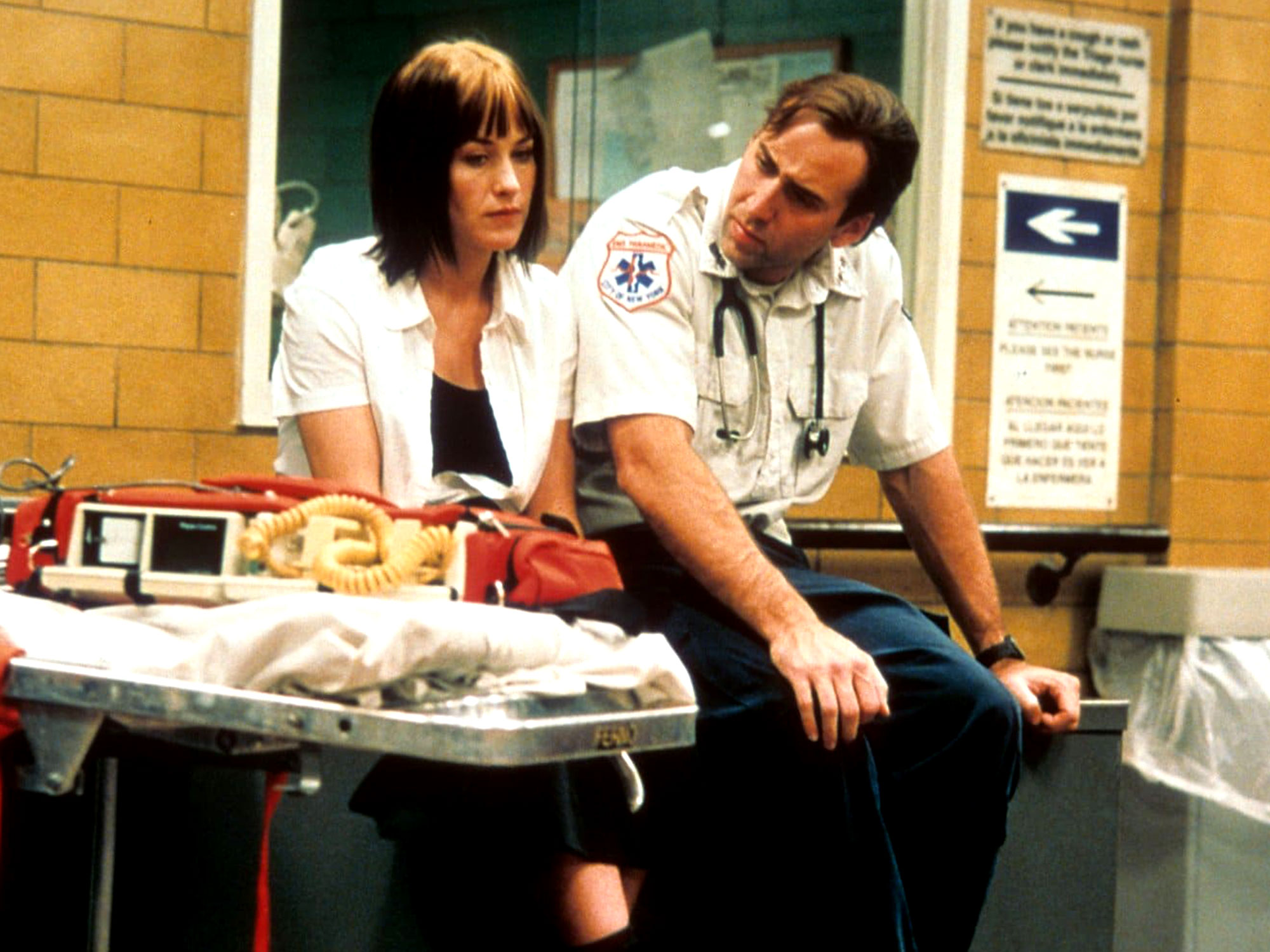 With the impending release of The Irishman and Todd Phillips’ recent Joker making superficial allusions to both Taxi Driver and The King of Comedy, there is renewed interest in the seemingly endless debate over the extent to which Martin Scorsese endorses his violent protagonists. It’s an exhausting subject, predicated on casting a narrow selection of Scorsese’s vast filmography as indicative of all his work and adhering to a reductive belief that depiction equals endorsement.

It also ignores the existence of one of Scorsese’s most moving films, an act of keen revisionism of his own bleakest feature, Taxi Driver. Released 20 years ago, Bringing Out the Dead is one of Scorsese’s lesser-seen and discussed works, yet it stands today as one of the clearest insights into the filmmaker’s moral perspective.

The film concerns Frank Pierce (Nicolas Cage), who, like Travis Bickle, is an insomniac working graveyard shifts on the mean streets of New York City. Yet where Bickle scoured Manhattan in a simmering rage, wishing to cleanse the sidewalks of the filth he saw all around him, Frank is an ambulance paramedic whose agony derives from his inability to save everyone he attempts to resuscitate. Crucially, Frank is a passenger, forced to ride shotgun or in the back with patients as a series of increasingly strange, antic drivers speed around town.

From the moment we meet Frank he is already a haggard mess, all sallow skin and raccoon eyes – a pallid, muted blankness amid Robert Richardson’s saturated cinematography, which replicates many of the tricks of lighting and shutter speed used in Oliver Stone’s Natural Born Killers to communicate the chronic overstimulation of a man constantly wired on caffeine.

While Bickle’s after-hours traversing sees him fall ever deeper into a fantasia of supremacist violence, Frank’s nightcrawling stems from his fervent desire to save others. Not having managed to revive a patient in months, Frank is cracking under the weight of his failures, and his status as a perpetual passenger only exacerbates his feeling of helplessness. From the start, Scorsese and writer Paul Schrader cast Frank as Bickle’s moral inverse, a man applying all of his fraying energy to the healing of society, not the nihilistic destruction of it.

Both Bringing Out the Dead and Taxi Driver are told from their protagonists’ perspectives, but where the scum that surrounds Bickle is cast in disgusted terms, Frank confronts the same social rot with intense empathy. He manages to care for even the most desperate patients, gamely making a weekly call to help a homeless drunk as a break from blood and death and regularly placating and calming a suicidal addict.

Frank’s affectionate but clear-eyed treatment of others in relation to Bickle is most evident in their sharply divergent views of women. Travis, virginal and embittered, projects onto all of the women he meets, crafting entire Madonna-whore narratives to suit his fantasies about them. But when Frank meets Mary (Patricia Arquette), whose father he saves from cardiac arrest only to doom him to a vegetative existence, he sees her not as a tortured innocent but a fellow lost soul, a recovering addict set adrift by the cruelties of life.

Their interactions are perhaps the only instances in the film where Frank, despite being mildly awkward around her, appears calm. Scorsese has been criticised for a perceived lack of meaningful parts for women in his films, but Mary gives every impression of being the protagonist of her own story, never a function of the plot or a key to Frank’s salvation despite how much of the film he spends wrestling with his guilt over her father’s status. Even when Frank collapses into Mary’s arms in a pietà at the film’s close, the moment is less about her providing comfort or solace than the two acknowledging the grace of Frank’s final act of mercy towards her catatonic father.

Scorsese’s protagonists tend to be narcissists, but Frank’s zealous drive to help others never feels like a hero complex. That’s true even of the film’s pivotal scene, a hallucinatory drug trip in which Frank spots the ghostly hands of all those he has failed to save reaching out from the ground and pulls them up from Hades. As far back as his surreal student short The Big Shave, Scorsese’s work has always concerned men driven by their nature to destroy themselves. But Frank Pierce, alone among the wide swath of the director’s protagonists, is the only one driven to do so to make the world a truly better place.

The post Is this the clearest insight into Martin Scorsese’s moral perspective? appeared first on Little White Lies.

America braces for another night of chaos after police, protesters clash in dozens of cities