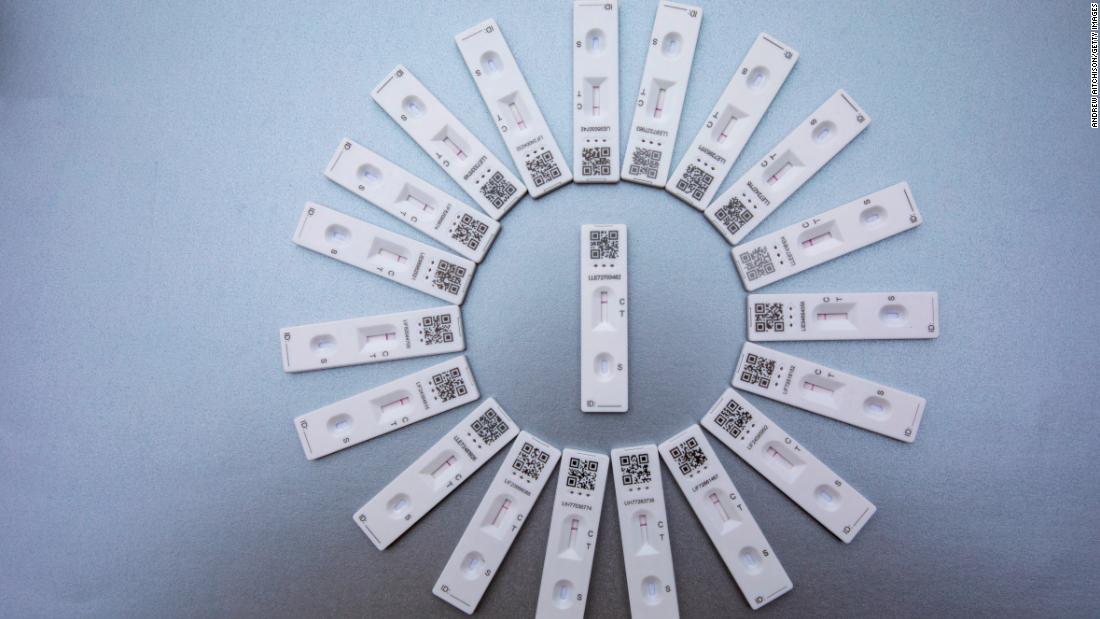 Nov 26, 2021 1 min, 45 secs
This screening can then be followed up with a more sensitive, lab-based polymerase chain reaction (PCR) test for diagnosis.The FDA has authorized just 12 over-the-counter options for rapid tests.

But the problems go beyond that agency: The Biden administration recently put $3 billion toward boosting the supply of rapid tests, but public health and industry experts say the government didn't move quickly enough early in the pandemic to support development and manufacturing.

"Should we have had an equivalent of Operation Warp Speed for testing?" asked Mara Aspinall, a co-founder of life sciences fund BlueStone Venture Partners and a board member for OraSure Technologies, which received FDA authorization for an over-the-counter rapid test.

Two recently authorized tests alone could boost availability by as much as 13 million tests a day, McKinney said, adding that it would "efficiently review the submissions that will have the biggest impact on the nation's testing needs."

In addition to the slow pace of approvals, manufacturing bottlenecks created by materials and labor shortages are keeping prices high.

It could eventually manufacture 15 million tests a month.

The FDA authorized Ellume's over-the-counter covid test in December 2020, but the road has been rocky: The company recalled 2.2 million tests in the U.S.

5 for a test priced at $14 for a two-pack, says that by January it will be able to make 200 million tests a month.

OraSure aims to make 4 million covid tests a month by January and 8 million a month by June.

But, McKinney said, the vast majority are not for the type most needed now: tests for over-the-counter use.

The FDA may be reluctant to ease its scrutiny.

That's a costly safety measure for a nonprofit, said Celina Chang, LabCentral's vice president, so it recently bought rapid tests from Germany for $1.50 each.