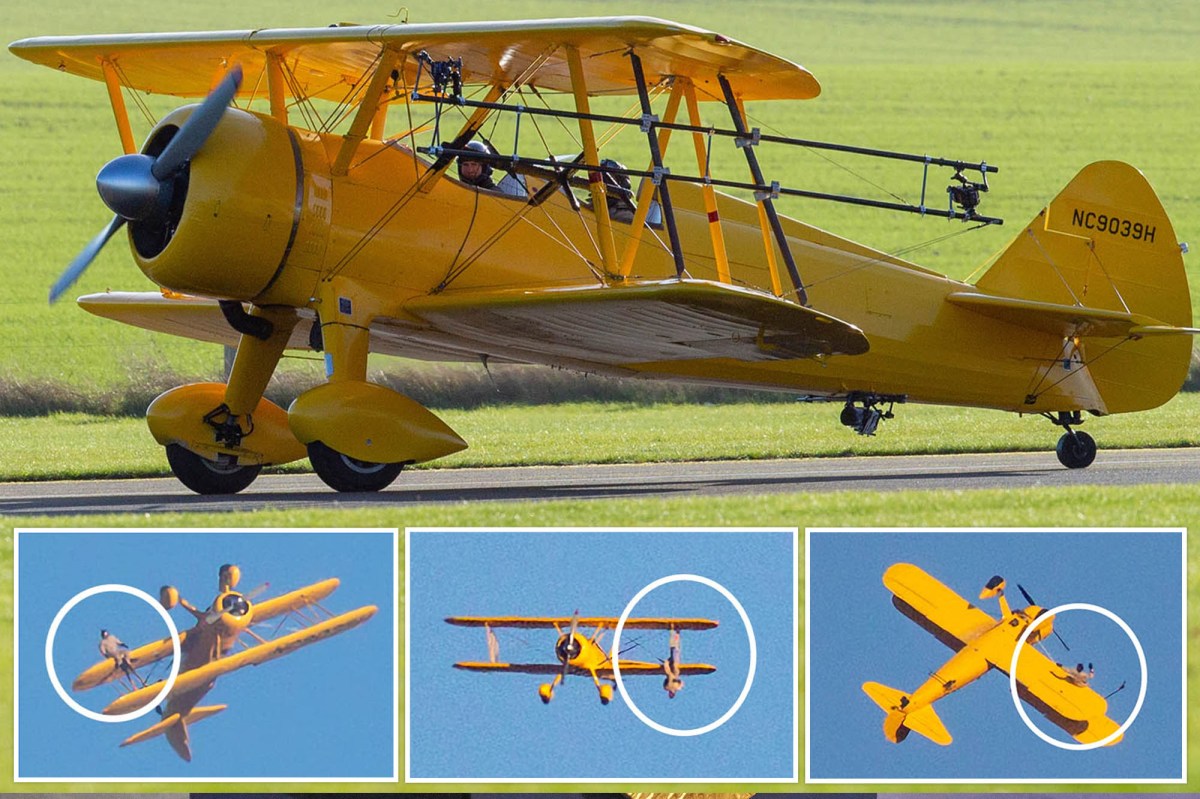 Nov 27, 2021 38 secs
Just ask Tom Cruise, who was spotted climbing onto the wing of a tiny airplane on Saturday while practicing a stunt for a film in these photos obtained by Page Six.The plane being used for the stunt is a 1941 Boeing B75N1 Stearman biplane in which the pilot sits in the backThe stunt is likely for the eighth installment of Cruise’s “Mission: Impossible” franchise, which has reportedly been filming throughout the United Kingdom for several months, according to the BBC