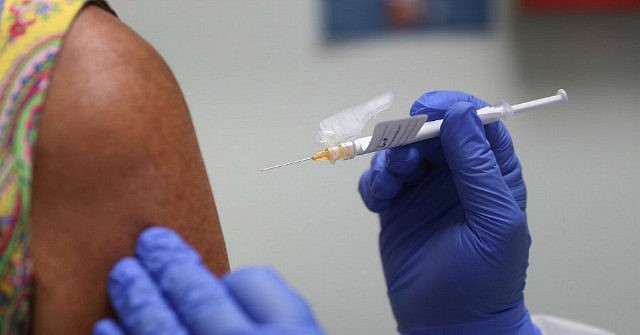 Aug 13, 2020 53 secs
President Donald Trump’s administration entered into an agreement with American biotech company Moderna for 100 million doses of its experimental coronavirus vaccine, the White House and the drugmaker announced on Tuesday.

“I’m pleased to announce that we have reached an agreement with Moderna to manufacture and deliver 100 million doses of their coronavirus vaccine candidate,” Trump told reporters.

“The federal government will own these vaccine doses; we’re buying them.”.

According to the company, the government will provide the vaccine to the U.S.

Under the agreement, the government will reportedly have the option to buy up to an additional 400 million additional doses.

“In creating a vaccine portfolio for Operation Warp Speed, the Trump Administration is increasing the likelihood that the United States will have at least one safe, effective vaccine by 2021,” HHS Secretary Alex Azar said in a statement on Tuesday.

The manufacturing of the doses purchased by the Trump administration will reportedly take place while the trials are underway.

government, going into the Phase 3 trials over the next few months, Trump administration officials have said.

'This moment belongs to all of us:' Black women exult as Kamala Harris walks into history