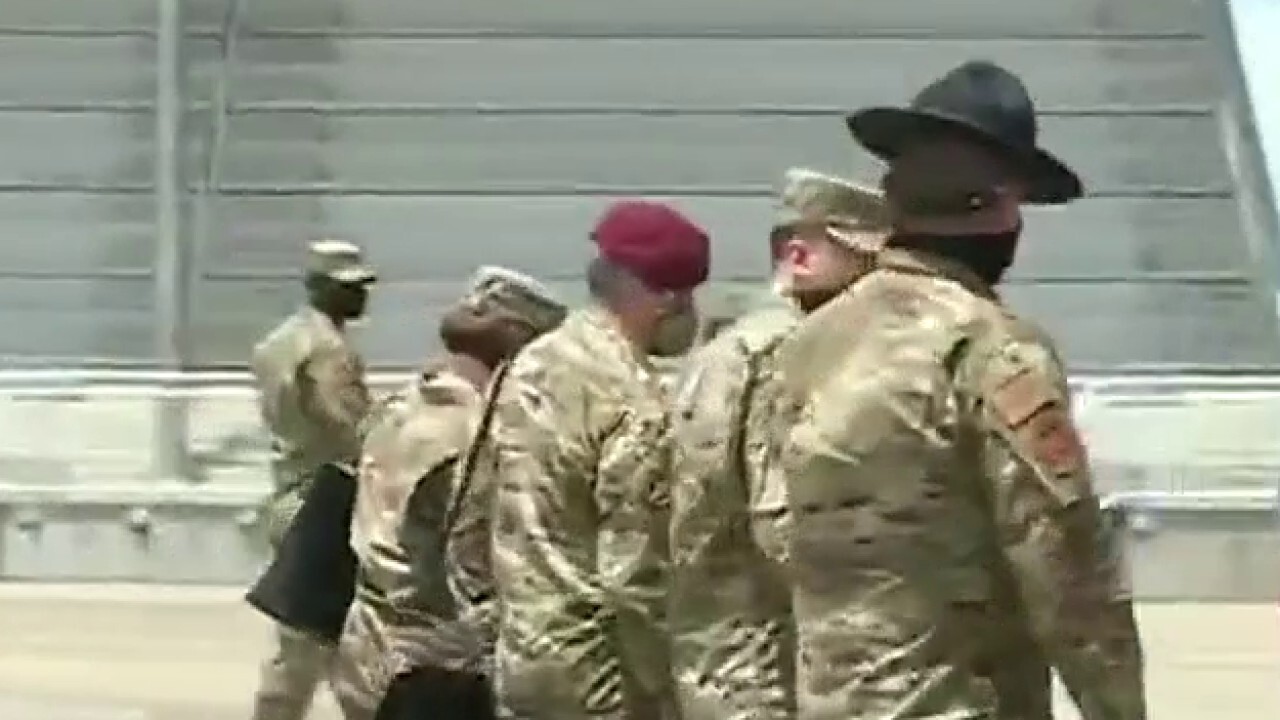 Jul 10, 2020 1 min, 13 secs
Army is investigating after a handout was distributed to personnel on an Army base in Alabama that included an image describing President Trump's 2016 “Make America Great Again” slogan as a form of covert White supremacy.

The handout, sent to personnel at Redstone Arsenal, invited all soldiers and personnel to attend an “Operation Inclusion” listening seminar.

Mo  Brooks, R-Ala., who first brought attention to the handout, said it was sent to personnel at the base from an official government email address and created by the U.S.

The Army website describes Project Inclusion as an Army initiative, directed by the Secretary and the Chief of Staff to "improve diversity, equity, and inclusion across the force and build cohesive teams.”.

The Army said the graphic was sent out “in error” and was “predecisional.”.

The slides – copied from a non-government website – included a word cloud with phrases that were intended to spark conversation; however, the document was predecisional and inappropriate for the discussion,” a statement from the Army said.

That investigation is taking place, the Army said in its statement

“As soon Department of the Army leaders were made aware of these products the Army initiated a 15-6 investigation to determine how this happened,” the Army said in a statement