Australia deems Sri Lanka safe for Tamils like the Murugappan family from Biloela. But is it? - ABC News 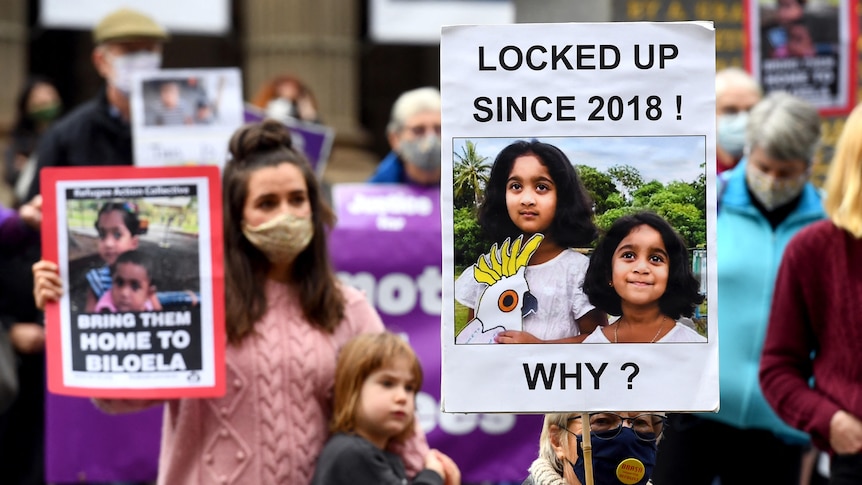 Other minorities in Sri Lanka, such as Muslims, also speak Tamil.

Trent Zimmerman, a government MP who has expressed support for the Murugappan family, said their case was "complicated by the fact" that Australia had already sent back some 1,500 families to Sri Lanka.

The UN, EU, US and human rights groups continue to express concern over the situation facing Tamils and other minorities in Sri Lanka.

The 47-member UN Human Rights Council in March this year boosted the resources and powers of the UN human rights chief to investigate war crimes and other human rights abuses in Sri Lanka.

"The government response [to coronavirus] was led by the military and the lockdown was enforced more severely in Tamil-majority areas," Meenakshi Ganguly, South Asia director at Human Rights Watch, told the ABC.

The European Parliament "deplores the continuing discrimination against and violence towards religious and ethnic minorities and communities in Sri Lanka, including Muslims, Hindus, Tamils and Christians", it continued.

"Tamil asylum seekers in the past have faced ill-treatment after they were deported," Ms Ganguly of Human Rights Watch said

Ms Dale of RACS said there were concerns over people forcibly returned to Sri Lanka, as well as other countries Australia has deported asylum seekers to including Afghanistan and Pakistan