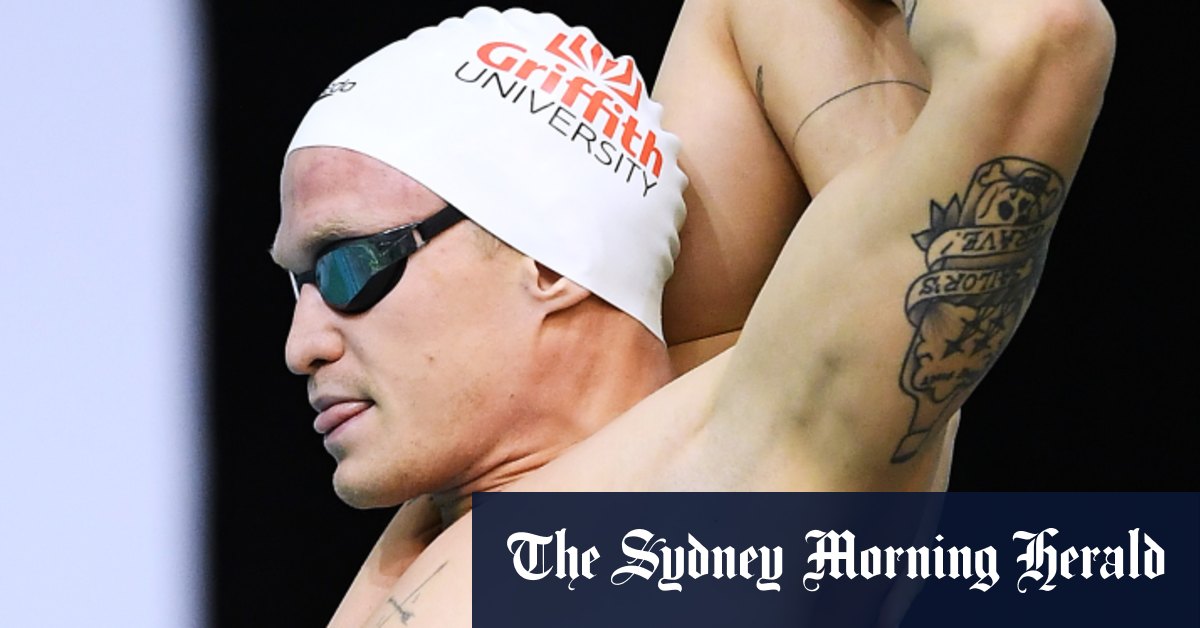 Jun 17, 2021 59 secs
But the real work for Simpson will only begin once Australia’s Olympic trials have come to an end in Adelaide.

Cody Simpson has continued his remarkable return to the pool with a final at the Olympic trials.Credit:Getty.

The Olympic qualifying mark set by Swimming Australia for this event is 51.70s.

His coach, Michael Bohl, said Simpson still had so much more to give and, off the short turnaround ahead of trials, including two weeks of quarantine in April, he hadn’t been able to put the kind of hard work into him that his other squad members have completed.

“His last competitive meeting, when he was maybe 13 or 14 years of age, was a long time ago so he’s sort of revelling in it, watching some of the superstars here competing and trying to learn and watch what they’re doing,” Bohl said.

Simpson has charmed everyone since his return to swimming and his presence has been a welcome boost for Amazon Prime, which promoted him in a documentary ahead of the trials that, for the first time, are being streamed to a global audience.