'Southgate's critics must admit he got it spot on again'

'Southgate's critics must admit he got it spot on again' 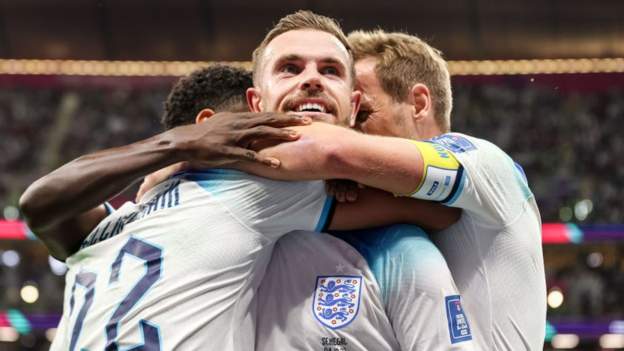 Jordan Henderson's sweeping finish was not simply the pivotal moment in England's World Cup win over Senegal but a vindication of manager Gareth Southgate's sure touch in team selection.

Needless to say, the court of social media opinion was vociferous in its condemnation of the choice before the game but Southgate is impervious to such outside influence and Henderson was central to a 3-0 win that sets up a quarter-final with France on Saturday.

When England were struggling against the USA in the group stage, Southgate ignored those of us who felt Manchester City's Phil Foden was the answer and called on Henderson to restore control with his vast experience.

This is a quality and team ethic Southgate recognises in Henderson and why he will start again against France.

Henderson's inclusion was one element of a Southgate team selection that drew plenty of comment in and around Al Bayt Stadium when the team was announced, but those of us who raised an eyebrow - perhaps even two - must accept he got it absolutely spot on.

He is shutting out the noise from elsewhere, building his team through the tournament, and that measured approach is producing a group that is a growing threat.

It is a telling statistic that England's 12 goals in four games at this World Cup have been scored by eight players as Southgate has manoeuvred his squad expertly.

It is another pressure point for Southgate and his staff but the reassuring fact for England's fans is that he got the big selection calls right against Senegal.

Watch as Alex Scott and Martin Keown praise Jude Bellingham's performance against Senegall as 'the best by a midfielder at this World Cup.'