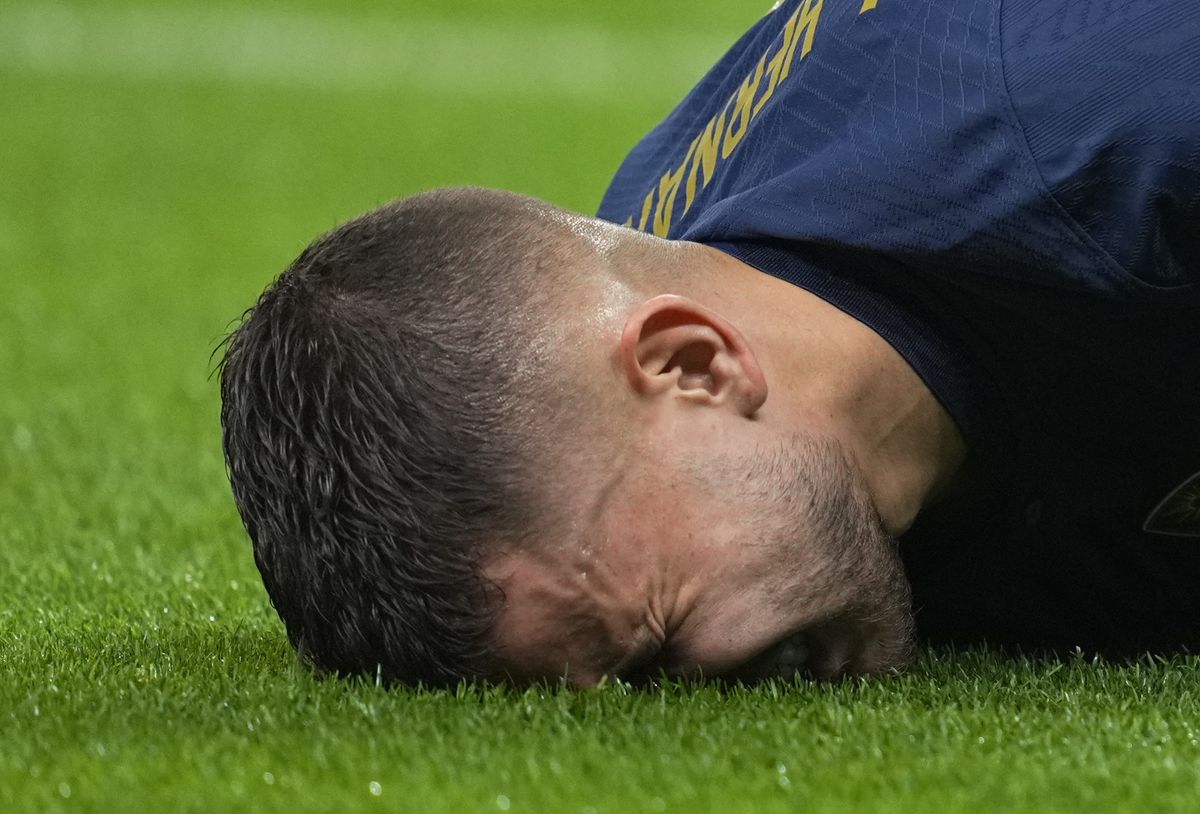 France have suffered yet another injury blow after Lucas Hernandez was ruled out of the World Cup.

The Bayern Munich left-back limped off the pitch in the first half of Les Bleus’ opening game against Australia on Tuesday, which they won 4-1.

“Lucas Hernandez has had to pull out of the World Cup after rupturing the ACL in his right knee.

Hernandez was replaced by his brother, AC Milan full-back Theo Hernandez, 13 minutes into the game. .

The defender’s withdrawal leaves Didier Deschamps with just 24 players in his squad, rather than the maximum 26, after he decided against calling up a replacement for Karim Benzema at the weekend.

They got their title defence off to a strong start against Australia.