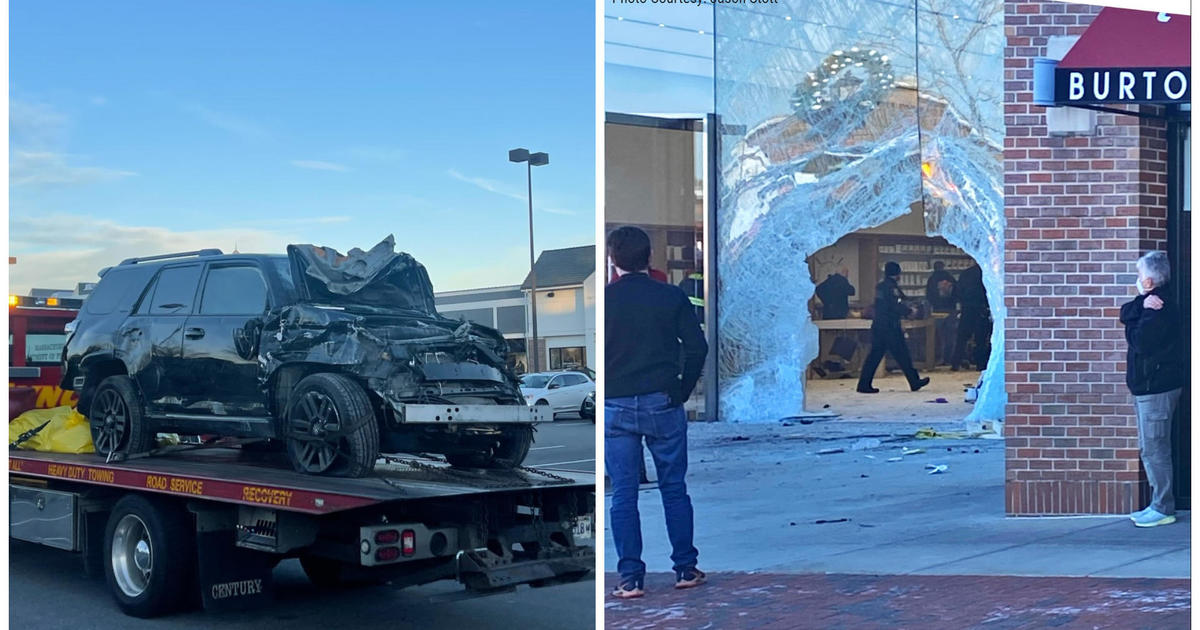 HINGHAM -- One person is dead after an SUV crashed through an Apple Store in Hingham Monday morning.

Nineteen people were injured, multiple with life-threatening and limb-threatening injuries. .

An Apple spokesperson said Bradley was  "supporting recent construction at the store.".

We had patients with confounding factors, chronic medical illnesses as well that made things a little more difficult than just the standard trauma patient without other medical things going on as well," said South Shore Hospital Dr.

Another witness who spoke to WBZ-TV said she was sitting in a nearby Barnes and Noble at the time"I saw the car in the back of the store so it looked like there were people that may have been trapped back there," she continued.

"I'm devastated for those people who are so injured and to that one poor soul that's no longer here," Leombruno said

"I'm so grateful that it's not my brother, but it doesn't take the ease away knowing that all these people are injured, however it happened."

An Apple spokesperson released a statement to WBZ-TV, saying: "We are devastated by the shocking events at Apple Derby Street today and the tragic loss of a professional who was onsite supporting recent construction at the store

6 Earth's inner core may have started spinning in the other direction, study says - CBS News

3 Microsoft will shut down AltspaceVR on March 10th - Engadget

6 APD: 6 protesters arrested in downtown Atlanta identified, only one from Georgia - WSB Atlanta