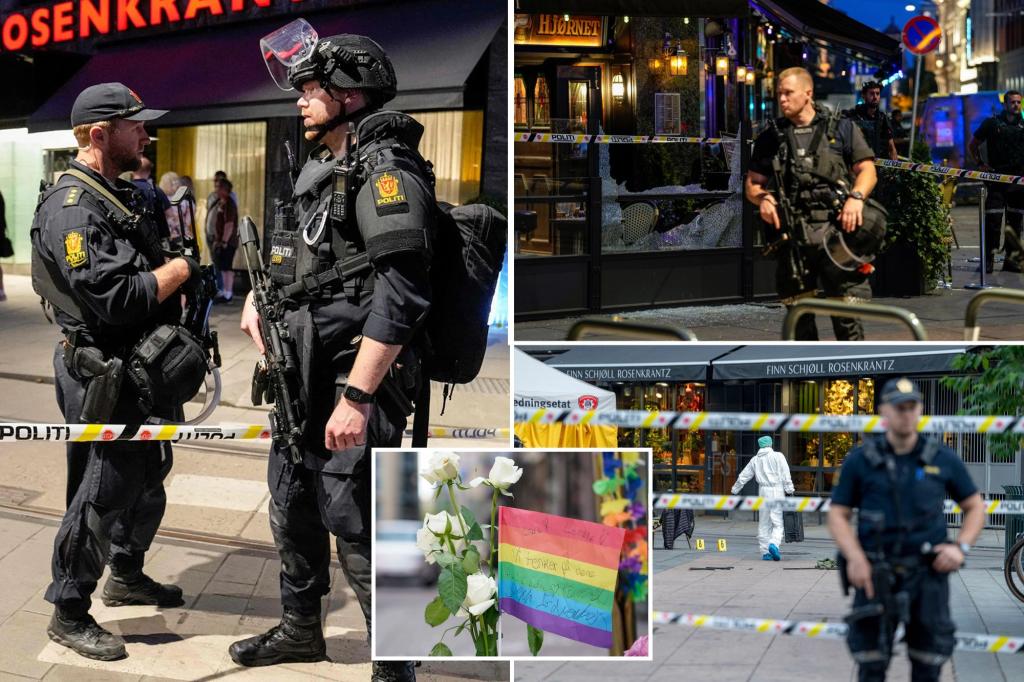 A shooting at a gay nightclub in Oslo killed two people and injured 14 Saturday, hours before the Norwegian capital was set to host its annual Pride parade.Police spokesman Tore Barstad said the motive was not immediately known and that it wasn’t clear whether the shooting had any connection to the Pride parade that was scheduled to be held Saturday.Officials were in contact with the organizers of the Pride event for a “continuous assessment” before advising a shutdown of Saturday’s festivities, according to Barstad.“Oslo Pride has received clear advice and a recommendation from the police that the parade, Pride Park, and any other event in relation to Oslo Pride be canceled,” organizers said on Facebook.

“Oslo Pride, therefore, implores anyone who had planned to participate in or watch the parade, not to show up.”.

4 Steve Martin talks retirement after 60 years: 'This is, weirdly, it' - New York Post

10 Anne Heche's father raped her, her brother committed suicide and her mom disowned her - Daily Mail

13 As far as Kelis is concerned, "nobody cried" over Beyoncé's removal of "Milkshake" interpolation from Renaissa - The A.V. Club

16 As he tries to get a new contract, Kareem Hunt isn’t participating in team drills - NBC Sports