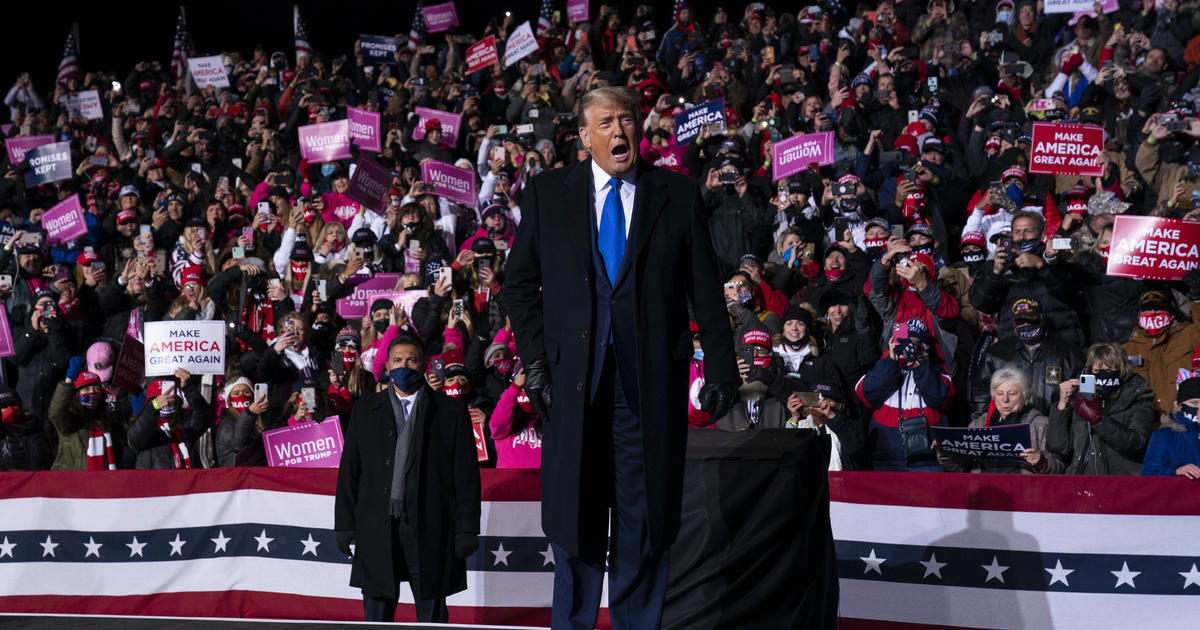 Oct 28, 2020 1 min, 36 secs
A senior Trump campaign official told CBS News the president plans to visit 10 states during the last week of the campaign, and hold 11 rallies in the 48 hours before Election Day.

Former President Barack Obama will appear alongside his former vice president in Michigan on Saturday to discuss "bringing Americans together to address the crises facing the country and win the battle for the soul of the nation," the Biden campaign said. .

"He gets his photo op and he gets out," Biden said.

In Wisconsin, more than 1.5 million people have returned absentee ballots in Wisconsin, putting turnout so far at 51.4% of the 2016 turnout, according to the state's official tally.

Trump narrowly won the state by less than a percentage point.

In an interview with CBS News on Wednesday, Michigan Governor Gretchen Whitmer, who is a co-chair for Biden's campaign, expressed confidence about Biden's prospects for winning her state.

Whitmer said that she believed Biden would win Michigan, but cautioned that "we're not taking anything for granted." She noted that people were voting early in person and by absentee in the state, with 2.2 million ballots already received.

Unlike the president's large events where there is limited social distancing and few people wear facial coverings, she said, the Biden campaign was holding events such as drive-in rallies to keep attendees safe.

"I see a lot of enthusiasm for Joe Biden and Kamala Harris," Whitmer said.

A senior Trump campaign official told CBS News that in the final week of the election, from Monday, October 26, to Monday, November 2, Mr.

Trump kicked off the week with two rallies in Pennsylvania on Monday and rallies in Michigan, Wisconsin and Nebraska on Tuesday.

In Texas, vote totals have reached nearly 87% of the 2016 turnout

Hawaii, a more liberal state, has also seen close to 87% of 2016 turnout levels