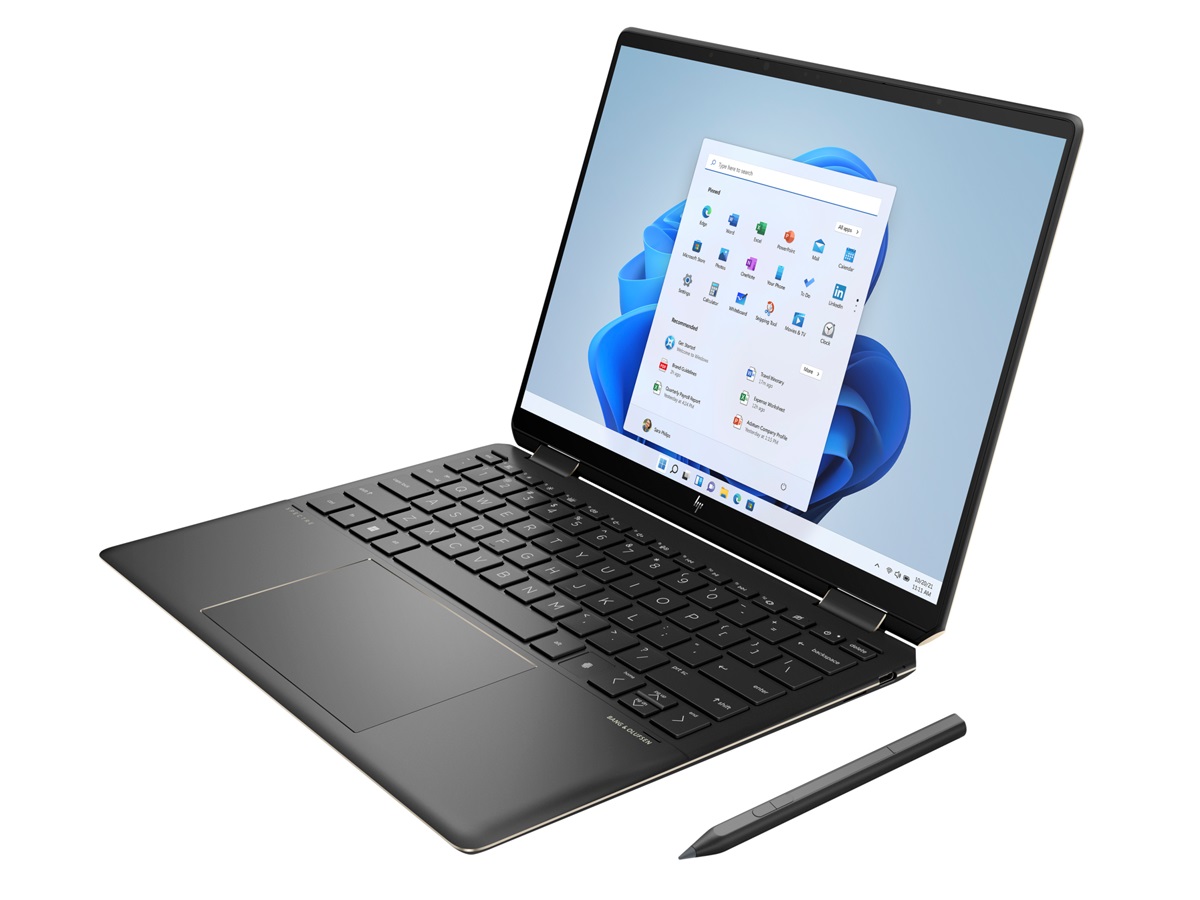 The original 13.5-inch HP Spectre x360 launched in 2020 and it quickly became one of our favorite convertible laptops in its size class.

The 2021 refresh would introduce very few changes for what amounted to essentially the same performance and user experience.

Alternatives to the HP Spectre x360 13.5 include other prosumer or office-centric 13.5-inch laptops like the Framework Laptop, Microsoft Surface Laptop 4 13, or the Lenovo ThinkPad X1 Yoga series.

Users can easily distinguish the 2022 model from the 2020 version by its rounder edges and corners, different keyboard layout, and repositioned ports.

Both dimensions and weight have not changed from the original 2020 design for better or worse.The 2022 model retains all the ports on the original 2021 model albeit with the 3.5 mm headset jack repositioned.

Moving 1 GB of images from our UHS-II test card to desktop takes about 21 seconds compared to just 5 to 6 seconds on the older Spectre x360 14.

HP has upgraded the integrated webcam from 1 MP on the 2020 model to 5 MP on this 2022 revision.When compared to the 2020 model, HP has completely removed the right column of keys for the 2022 revision.The clickpad is even larger this time when compared to the 2020 model (12.5 x 8 cm vs. 11.5 x 7.4 cm) for more comfortable multi-touch inputs.While our 2022 test unit uses a different display controller than the 2021 model (SDC4160 vs. SDC4148), both are still 3:2 OLED panels from Samsung for the same viewing experience two years in a row.We set our unit to Performance mode via the HP Command Center software prior to running any benchmarks below.Graphics performance is only 2 to 17 percent faster than what we recorded on the 2021 model since Intel has made no changes to the integrated Iris Xe 96 EUs GPU.Note that graphics performance drops significantly if running on Balanced mode instead of Performance mode as shown by our 3DMark 11 results below.

Our fan noise measurements between the 2020 and 2022 models are nearly the same when gaming or running other high loads.

The 2020 model wasn't particularly loud anyway even when on Performance mode and so it's not a complaint to say that there are no major improvements in terms of noise.

Surface temperatures are cooler on the newer model when compared to the older model even though processor performance has increased.When running Prime95 on Performance mode, CPU clock rates, temperature, and board power draw would spike to 3.2 GHz, 99 C, and 44 W, respectively, for the first couple of seconds before steadily dropping and stabilizing at 2.8 GHz, 97 C, and 28 W.

However, we appreciate that both performance and temperature are at least steady this time as opposed to the cycling behavior when repeating this same stress test on the 2020 Tiger Lake-U model.

GPU clock rates would stabilize at about 1147 MHz while temperature would cycle between 72 C to 97 C when running Witcher 3 on Performance mode.

The stable clock rate addresses the cycling frame rate issue we observed on the 2020 model for more stable gaming performance.

Compared to all devices tested

Compared to all devices tested

Running 3DMark 06 would demand 50 percent more power than on the 2021 Spectre x360 14 running on an older 11th gen CPU despite the minor year-over-year boost to graphics performanceThe 2022 Spectre x360 13.5 addresses some of the concerns we experienced with the original 2020 modelThe Spectre x360 13.5 is just one or two features shy of being a full-fledged EliteBook for prosumers

These alternatives are slightly lighter and thinner than our HP, however, which means you'll have to settle with a bigger system if you really value the 5 MP webcam and USB-A port of the Spectre x360 13.5

8 Is the iPhone 14 Worth the Upgrade? How It Compares to Apple's Older Phones - CNET

11 Sugar Is Crucial for Immunity: 2 Kinds Boost Immunity and Help You Live Longer - The Epoch Times

16 The Love Horoscope For Each Zodiac Sign On Sunday, September 25, 2022 - YourTango