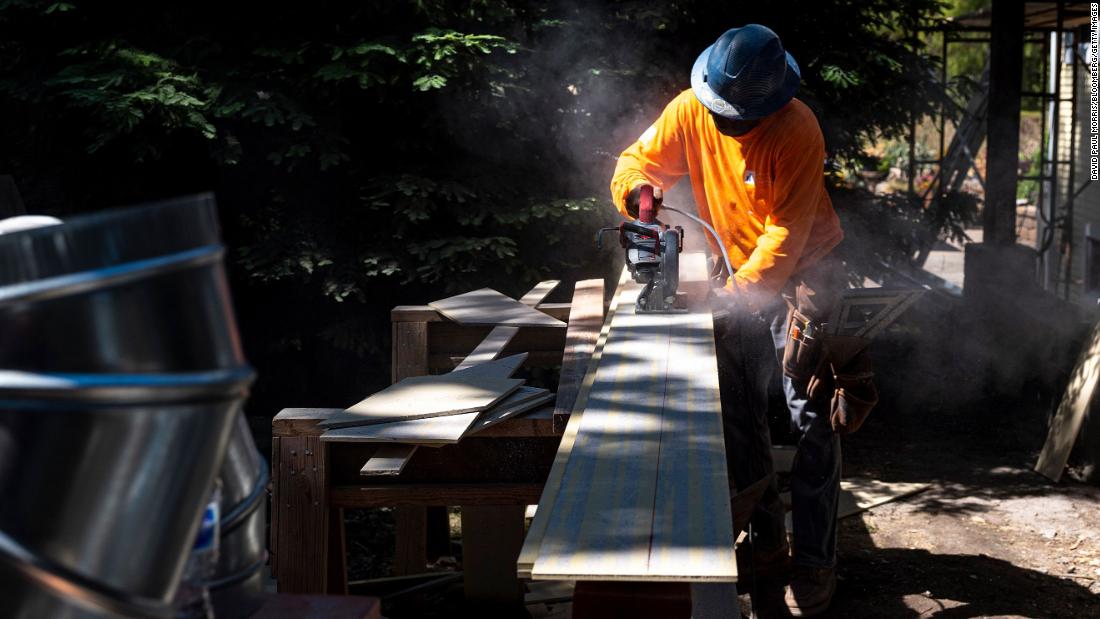 Jun 18, 2021 1 min, 37 secs
The study's authors said Black workers make up 12.9% of the nation's labor force, but earn only 9.6% of total US wages.Disparities hurt broader economyEmployment disparities along racial lines have resulted in a $220 billion annual gap between the wages earned by Black Americans today and what they would be earning if their occupational numbers across business sectors were proportional to their percentage of the US population, the study noted."Achieving this scenario would boost total Black wages by 30% and draw approximately one million additional Black workers into employment," the study said.Lead author Shelley Stewart III says addressing the major wealth disparities between Black and White households has larger implications for the living conditions of all Americans, the study found."The lack of participation [by Black Americans] economically has substantial dampening effects for the broader US economy," Stewart told CNN Business.The study also quantifies how Black Americans, who make up about 13% of the US population, are concentrated in lower-wage occupations and underrepresented in higher-paying careers.

Black workers represent just 5% of the nation's physicians and 4.5% of its software developers.

Yet roughly 35% of all US nursing assistants, an occupation with a median wage of just $23,000, and one-third of all security guards and school bus drivers are Black."The racial wage disparity is the product of both representational imbalances and pay gaps within occupational categories and it is a surprisingly concentrated phenomenon," the study authors wrote.Double hurdle of sexism and racismMcKinsey says the advancement of Black women into higher-paying positions is critical to addressing these disparities due to the economic role many play in their families.

They cite a September McKinsey analysis of 590 US corporations that determined only 58 Black women are promoted into manager roles for every 100 men of all races.