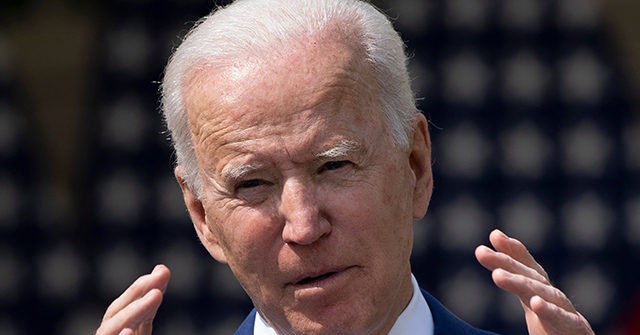 Apr 08, 2021 58 secs
“A stabilizing brace used in a pencil [sic] essentially makes that pistol hell of a lot more accurate than many rifles,” Biden said.Joe Biden holds up his imaginary pistol with a hand brace that “essentially” turns it into a "mini rifle.” pic.twitter.com/G4SxIJ3m6K.During his speech, Biden apologized to his wife Jill Biden for referring to his deceased son Beau Biden as “my son” instead of “our son.”.“I’m proud that the red flag laws in my home state of Delaware was named after my son, Attorney General Beau Biden — our son, excuse me, Jill,” he said.“For that 10 years we had it done, the number of mass shootings actually went down,” Biden said of the Federal Assault Weapons Ban passed in 1994 which expired in 2004.