A box of 200 mosquitoes did the vaccinating in this malaria trial. That's not a joke! - KPBS

A box of 200 mosquitoes did the vaccinating in this malaria trial. That's not a joke! - KPBS 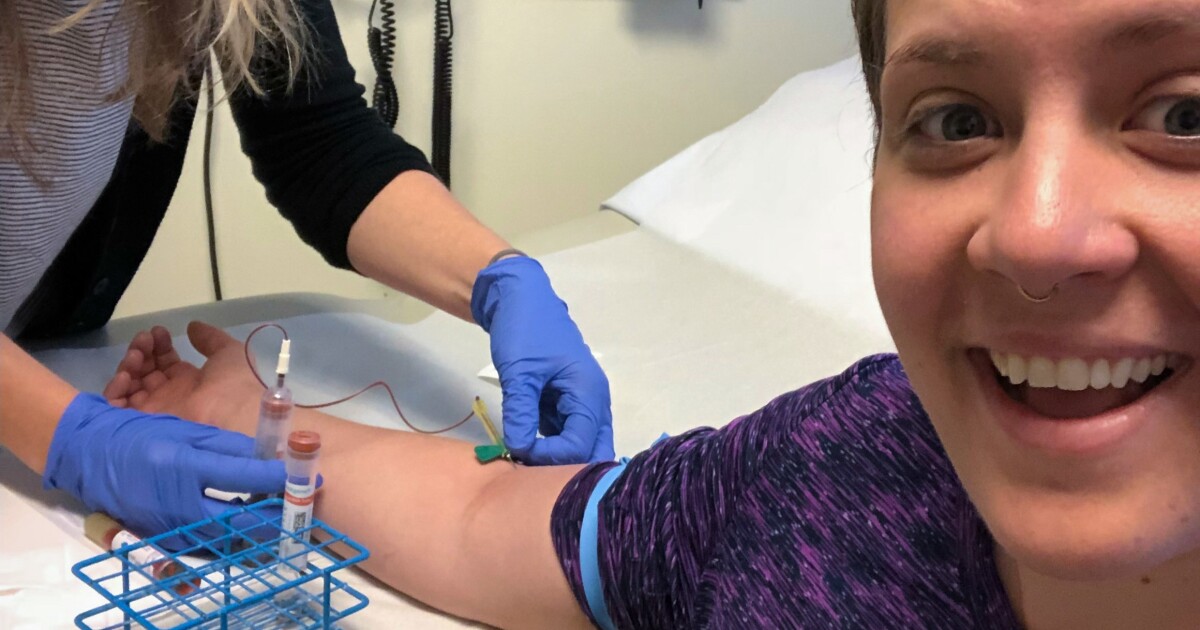 One Seattle morning, Carolina Reid sat in a room with nine other volunteers, each waiting to take part in a clinical trial for a new, experimental malaria vaccine.

Mosquitoes have been used to deliver malaria vaccines for clinical trials in the past, but it's not common.

She calls the use of a genetically modified live parasite "a total game changer" for vaccine development.

But the small trial of 26 participants did show that the modified parasites protected some participants from a malaria infection for a few months.

Infected people can pass the malaria parasite to mosquitoes who bite them, and the cycle of infection continues.

The reason Murphy thinks this experimental vaccine should stimulate a more powerful immune response than the WHO-approved RTS,S vaccine is that it uses a whole weakened parasite.

RTS,S targets "just one out of more than 5,000 proteins" the parasite produces, he says.

To test how well the approach worked, Reid and the other participants had to get another round of mosquito bites — this time containing the real malaria parasite.Out of 14 participants who were exposed to malaria, seven of them — including Reid – came down with the disease, meaning the vaccine was only 50% effective.Lyke says some scientists think using a slightly more mature version of the parasite than the one in this vaccine could give the body more time to prepare an immune response.As for Reid, her experience was so positive that she went on to participate in clinical trials for a bird flu vaccine and the Moderna COVID-19 vaccine.

She says that she will continue to enroll in vaccine clinical trials "for the rest of my life actually.".

13 A new version of The Outer Worlds has been rated for PS5, Xbox Series X/S and PC - Video Games Chronicle

15 Jones: Tua Tagovailoa deserved better from Dolphins, NFL and so many others - The Athletic