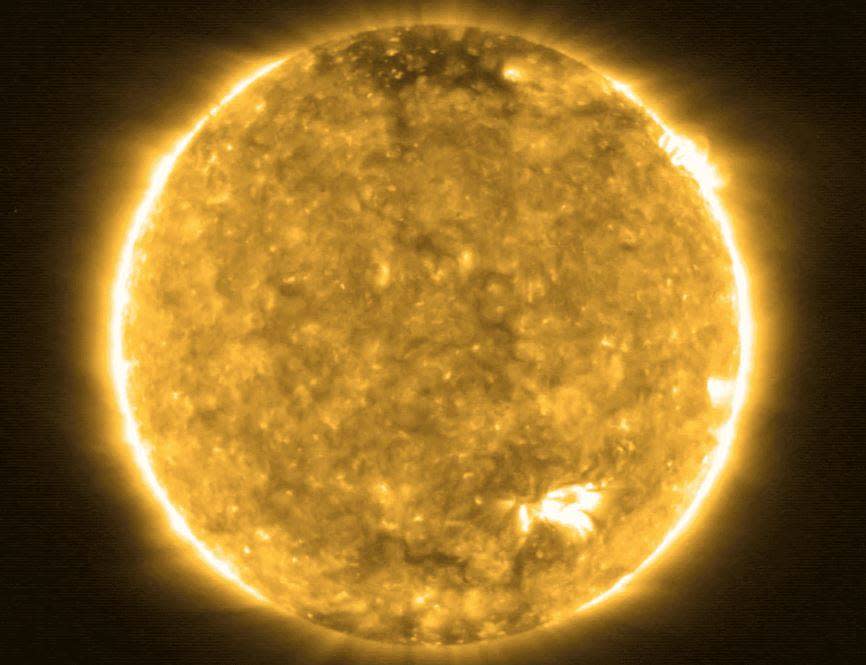 Coronal mass ejections – CMEs – and jets are both explosive eruptions that cast energy and particles into space, but they look very different.

While jets erupt as narrow columns of solar material, CMEs form huge bubbles that expand out, pushed and sculpted by the Sun’s magnetic fields.

Partial eruptions, on the other hand, start erupting from the surface but don’t conjure enough energy to leave the Sun, so most of the material falls back down onto the solar surface.

The eruption that occurred on March 12th and 13th, 2016, was first observed as an ejection of material over a hotspot on the Sun, which is an active area of the star’s surface.

In the same spot, a second eruption occurred, pushing another layer of material away from the star.

However, it wasn’t powerful enough to blast the material into space and it was drawn back down to the surface as a partial eruption.