Actress Amy Locane is sent back to prison for eight years for killing a woman, 60, in 2010 DUI crash - Daily Mail 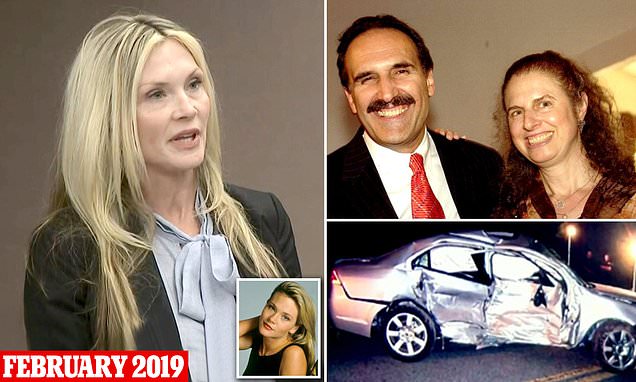 Former Melrose Place actress Amy Locane who has already served a prison sentence for a fatal 2010 drunk driving crash in New Jersey is headed back behind bars after a judge ruled that her initial sentence was too lenient.

Accusing the the mother-of-two of still refusing to fully acknowledge her culpability in the crash, Superior Court Judge Angela Borkowski gave Locane eight years for 2nd-degree vehicular homicide and 18 months for 4th-degree assault by auto.

State law requires her to at least six years and 10 months behind bars before she’s eligible for parole.

Former Melrose Place actress Amy Locane (pictured left during a hearing in February, 2019 and right in the 1990s)  who has already served a prison sentence for a fatal 2010 drunken driving crash in New Jersey is headed back behind bars after being re-sentenced to eight years in prison.

She was placed in handcuffs and taken into custody by court deputies after the proceeding in state court in Somerville.

She had been out of state prison for five years and off of parole for two at the time of her re-sentencing Thursday.

Locane wasn't indicted for drunken driving, but a state expert testified her blood alcohol level was likely about three times the legal limit and that she was driving roughly 53 mph in a 35-mph zone at the time of the crash.

Locane (shown left in 2013) had previously served three years in state prison, and completed three years of parole for the crash.

The state initially sought a seven-year sentence, but a trial judge sentenced her to three years in 2013.

Last year, a different judge sentenced her to five years, but an appeals court ruled he didn't follow guidelines it had set and ordered yet another sentencing. .

Locane's attorney – and alleged boyfriend - James Wronko, had argued unsuccessfully that sentencing her again would violate double jeopardy protections since she had already completed her initial sentence and parole term.

The appeals court held that Locane waived double jeopardy protections when she voluntarily began serving her initial sentence while the state was still appealing it!

'When the government timely appeals an initial sentence or a sentence imposed at a re-sentencing, a defendant is put on notice that the sentence may change and he or she cannot acquire a legitimate expectation of finality,' the judges wrote at the time.