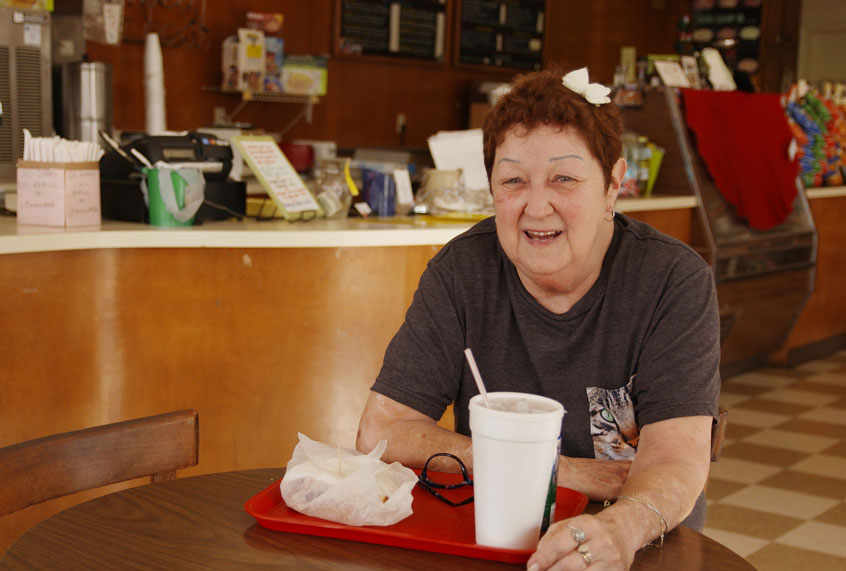 She was very enigmatic and quite reclusive at that point in time when I found her, and I really wanted to let her say —  in her own words — who she really was, what she really thought and believed in, and also what her legacy was. .

I think that's really important — which leads me to wonder, I had read that when you first reached out, it wasn't necessarily super-warm between you guys?

She hadn't really appeared in public for a while and when I eventually found her, I got on the phone and mumbled through the idea that I wanted to make this documentary, that I thought she was really interesting — and she hung up on me. .

One of the things I was curious about is pretty early on in the documentary, we turn the lens on multiple events during her childhood where I feel like Norma was stripped of any sense of autonomy; there were arrests, she was sent to reform school, a history of being the victim of physical and sexual abuse?

One of the interesting things about Norma that I realized when I met her is that she had a real survival instinct.

You know, there's this great line when she is talking later on in the film, she says, "I'm just looking out for Norma's salvation and Norma's ass," and I think that it represents that survival instinct.

And I think it's really important in trying to understand who she was to know the things that she went through early in her life, many of which were absolutely awful and traumatic and affected her profoundly. .

And you remark, "Oh, those are quite femme." And then she responds along the lines that she considered herself more "butch," which led me to wonder — because she underwent this "conversion" later in life — what was the process of getting Norma to open up about her sexuality and gender presentation like?

You know, one of the saddest moments in the film is when Norma is being baptized in the backyard swimming pool in Texas, and Connie is a woman of few words, yet the expression on her face is one of just absolute heartbreak.

There's a moment in the film when Reverend [Flip] Benham says that when Norma came to know Jesus, there were going to be some "lifestyle changes." Reverend Rob Shank says that she had to end her lesbian relationship and declare she was no longer a homosexual.

It's an interesting contradiction, and I think it's an interesting paradox in general that at various points in her life, people wanted her to fit their expectations or suit their aims, but in the end, Norma wanted to be herself.

I think it was hard for people on all sides of the debate, but I think it also took its toll on Norma, certainly. ?

You know, one of the interesting things about Norma's life is that it was filled with these huge, larger-than-life personalities.

We've got people like the evangelical minister who baptized her in a backyard swimming pool, but then we've also got people like Gloria Allred — a famous, feminist attorney who stayed in contact with Norma even after she became an anti-abortion activist.

Well, and to that end — Norma talks through the film about how she had always wanted to be an actress.

It's an interesting observation, and I feel that there's a sense of Norma being "on-script" and "off-script." I think that during a lot of her appearances after she became an anti-abortion activist, she thinks very on-script.

I'm really grateful she did that because she's very charming and very funny when she's being authentically Norma, and I think that's the thing that attracted a lot of people to her in the first place. .

The things that Norma would say to me, really, I just never thought that she would be saying.

And one of the challenges of the film, and something that I'm proud of, is that the things Nora said — we set out to speak to people like the Reverend Rob Shank, who was one of the organizers of Norma's anti-abortion appearances, he corroborated those things.

I simply thought, "Her life is very interesting and complicated," but I didn't really know what was going on.

Whenever we were together, Norma was determined to film all the time and whenever I was not there, she would want to know when I was coming back to film.

You know, I think that on all sides of the debate, people wanted to say they knew who Norma McCorvey is or was

I think she certainly subverted expectations, but I guess what's interesting is that she did that throughout her life, right

I think there's a tendency to reduce people like Norma to trophies or emblems, and to kind of ignore the complexity, ignore the contradictions