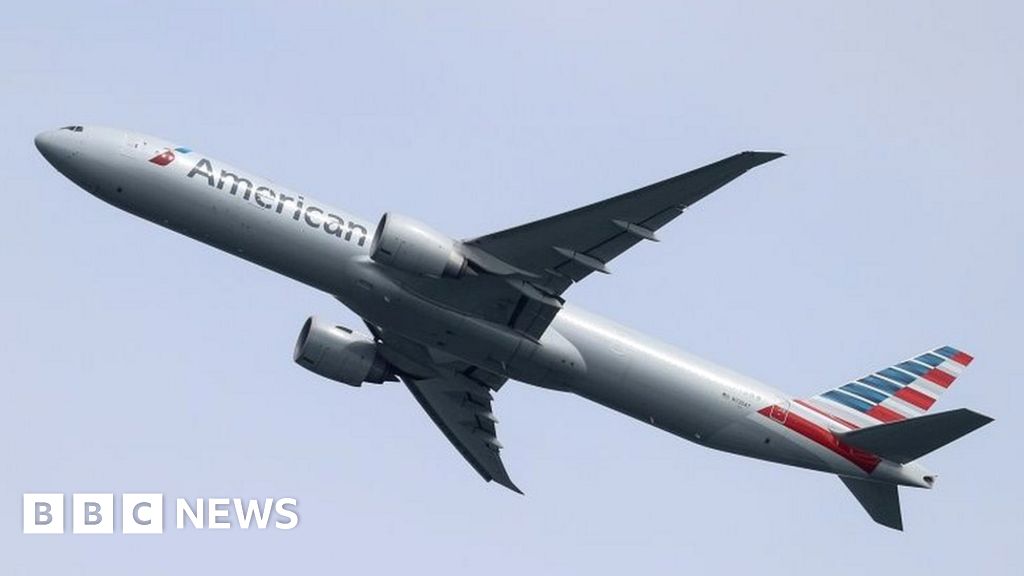 Jan 21, 2022 55 secs
An American Airlines plane bound for London from Miami has had to turn around because a passenger refused to wear a face mask, the airline has said.American Airlines Flight AAL38 with 129 passengers on board returned to Miami where it was met by police, it said.She has been placed on a list of people barred from flying with American Airlines, pending further investigation, the airline said."American Airlines flight 38 with service from Miami (MIA) to London returned to MIA due to a disruptive customer refusing to comply with the federal mask requirement," the airline said."Everyone was shocked," one passenger told CBS station WFOR-TV after getting off the Wednesday flight."They wouldn't really say anything, and I don't believe they told the flight attendants anything either because they said all they could say was there was an extreme incident with a passenger and they had to turn around," she told the station.