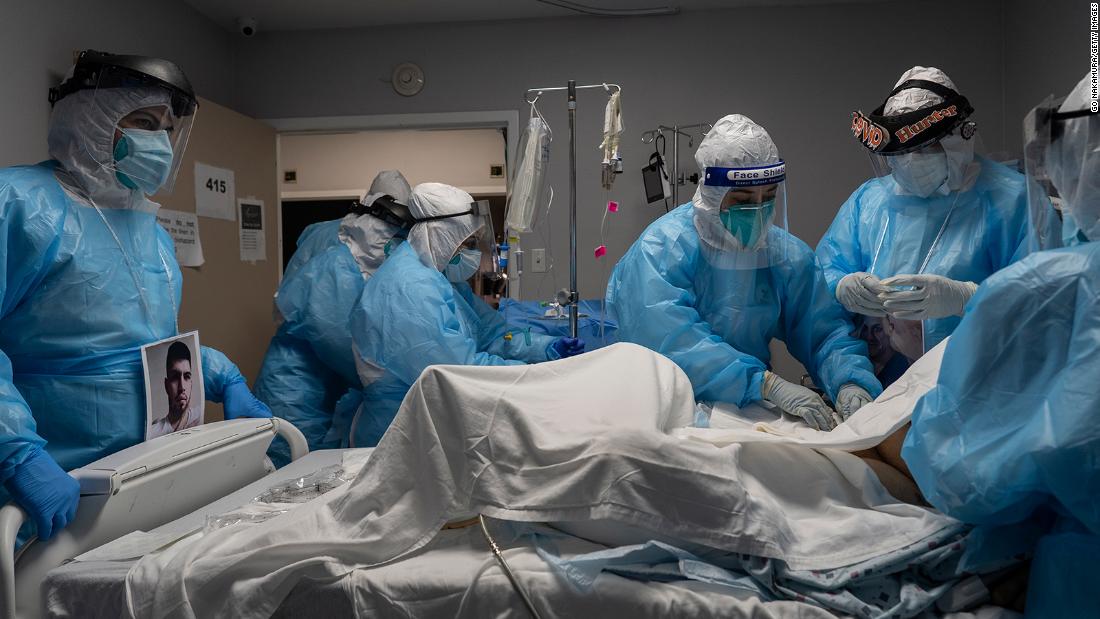 Nov 30, 2020 3 mins, 6 secs
The darkest holiday season in modern history beckons, yet President Donald Trump and his closest aides, sulking after his election defeat, are doing little to save lives, apart from claiming credit for a vaccine that represents a way out of the nightmare of 2020 but remains months away for most Americans.The Democrat-controlled House of Representatives and GOP-led Senate will return to Washington this week, but have shown no signs they can get together to ease the consequent economic pain of millions of unemployed Americans amid scenes of long Great Depression-style lines outside food banks.President-elect Joe Biden is moving quickly to put a diverse and experienced team around him -- he rolled out an all-female senior communications team Sunday, and he is expected to announce top economic officials this week.

Brett Giroir said on CNN's "State of the Union" on Sunday.

Biden waits in the wingsDevelopments over the Thanksgiving weekend reflected a juxtaposition between an incoming President who is gearing up to tackle a staggering national crisis and a sitting commander-in-chief who retains his authority but is pursuing baseless claims over election fraud that will complicate the task of his successor.It was left to the heads of government health agencies, some of whom were effectively muzzled by the President ahead of the election, to muster national resolve.Since Biden has little capacity to limit the explosion in Covid-19 cases, his most critical initial task will be to preside over the distribution of a vaccine developed by private companies in coordination with the current White House.Giroir, the assistant secretary for health, said on "State of the Union" that he was "really" confident in the plan to distribute the vaccine, ahead of Food and Drug Administration meetings in the coming weeks to consider an emergency use authorization.

Megan Ranney, a Brown University emergency physician who has been treating Covid patients, said Sunday that political failures had brewed a disaster in the nation's hospitals.

"We have been talking for months about the need for increased supplies of personal protective equipment, about the need for increased testing supplies, we still desperately need those," Ranney said on CNN "Newsroom.""But even if those were all available, the trouble is that the surge in Covid-19 patients right now is so great, it is overwhelming hospitals, it is overwhelming available beds and worst of all, it is overwhelming the number of available staff."Grim warnings from top health officialsThe unity of messaging from government health experts over the weekend was remarkable and ominous — and only emphasized the silence of Trump, who has repeatedly lied about the US "rounding the corner" on the crisis, or Vice President Mike Pence, who heads the White House coronavirus task force.Giroir told CNN's Dana Bash that he was "very concerned" about high levels of Thanksgiving travel and asked Americans to avoid high risk areas like bars and other indoors spaces.America's top infectious diseases specialist, Dr.

There is also concern that the failure of Congress to act will hamper the ability of states to train workers and effectively distribute several vaccine candidates.