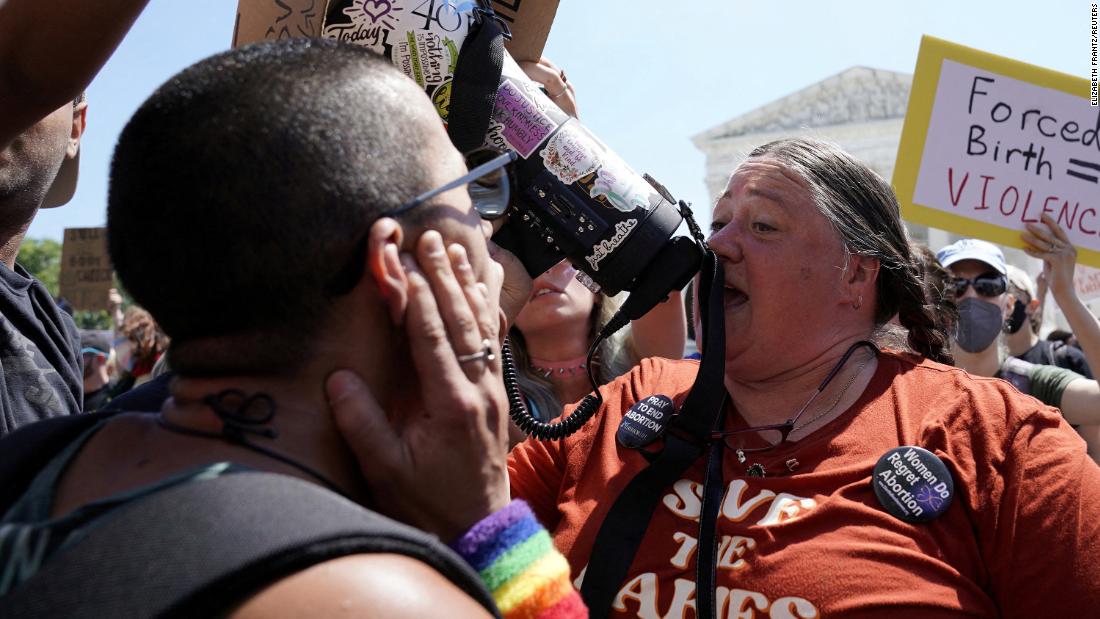 The Supreme Court's landmark decision on Friday to overturn the near 50-year constitutional right for a woman to end a pregnancy is triggering after-shocks that have already begun to change the character of American life.The realization is dawning that a daring conservative Supreme Court majority has, with its willingness to trample long-held precedent, introduced a destabilizing dynamic that may go far beyond abortion in a nation already internally estranged by ideology.More practically, and suddenly, abortion services have already ended in some conservative states.

In some places on Friday, women in clinics were told as soon as the Supreme Court decision came down that their chance of an abortion in the state was gone.

Public opinion is often more nuanced than the black-and-white certainties of the political debate, especially over at what point of a pregnancy abortion should be allowed and what exceptions should be made for rape, incest or the health of the mother, but the reality remains that a clear majority of the country did not want to see the court overturn Roe.

The core rationale of the court's conservative majority on Friday was that by returning the issue to the states, it would enable a democratic resolution of a contentious national issue.Across at least half of the United States, the Supreme Court's ruling promised new hardship for poor and minority Americans who in many cases cannot afford to travel to have an abortion or are already hurt by insufficient social services.Leading Democrats responded with strong words and vows to fight back but have yet to mount an effective response, either politically ahead of 2022 or practically on the ground, where millions of women are suddenly left without their rights.Massachusetts Sen.Former President Donald Trump was basking in the credit that he is due for installing a radical conservative majority on the Supreme Court.

Then the Supreme Court majority that he built -- alongside Republican Senate leader Mitch McConnell's questionable confirmation maneuverings -- removed a constitutional right from Americans for the first time in history, flagrantly disregarding majority opinion.

And we're being aggressive on that," she said before pivoting to an unrelated attack on Biden in an interview long on platitudes but short on specifics.

Democrats search for a responseThe Democratic response to Friday's Supreme Court decision has so far been a mix of disbelief, anger and promises to not give up the fight, but so far, no clear strategy.A CBS News/YouGov poll conducted Friday and Saturday found that 59% of Americans disapprove of the Supreme Court's decision.

4 Golden Globes Return To NBC “Not A Done Deal” - Deadline

7 Poor gut health may increase risk of Alzheimer's, according to LSU researchers - NOLA.com

9 Perseid Meteor Shower: The Latest Forecast, and Tips on How to See the Show - NBC Chicago