Analysis: Trump leaves America at its most divided since the Civil War 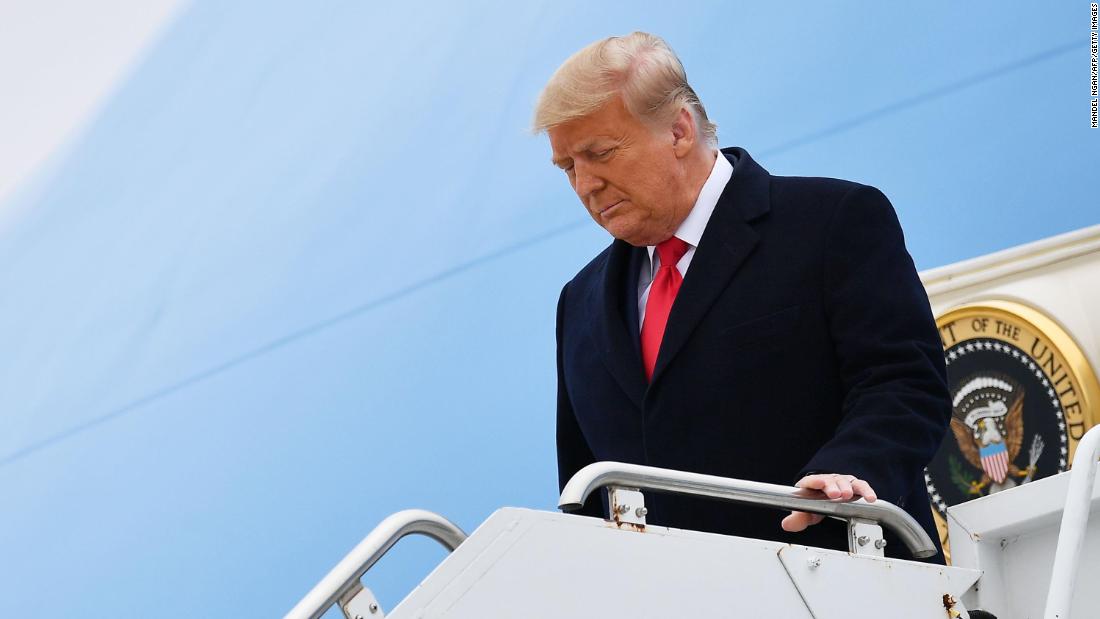 Jan 19, 2021 4 mins, 56 secs
In the process, Trump has not only shattered the barriers between the Republican Party and far-right extremists but also enormously intensified a trend that predated him: a growing willingness inside the GOP's mainstream to employ anti-small-d-democratic means to maintain power in a country demographically evolving away from the party.The Trump presidency, especially its chaotic final months, has shown that both the leaders and rank-and-file voters of the parties are now divided not only by their policy preferences but also by their assessments of the nation's underlying realities, and even their commitment to the traditional norms of democracy.Coalescing at the transition point between the presidencies of Donald Trump and Joe Biden, these pressures have produced a level of internal division and cracks in the constitutional order that most experts agree exceeds even the unrest of the 1960s -- and probably has only one full parallel in American history."It is pretty clear that this is the worst since the Civil War, and I say that without difficulty," says Princeton University historian Sean Wilentz, the author of "The Rise of American Democracy," a monumental history of America's development in the 19th century.

"But we are definitely in danger of a kind of a lower-level violence, decentralized because that's our country's middle name, constant outbreaks, for years to come."

These pressures emerge from the convergence of two tectonic developments in American politics, one long-gestating, the other more recent.The longer-term process is the ideological separation of the two parties, a process that I called "the great sorting out" in my 2007 book, "The Second Civil War." For most of American history, our political parties have been ramshackle coalitions of disparate ideological views.

Signposts of this shift have come steadily over the past decade: the wave of voter identification and other laws in Republican states making it tougher to vote after the GOP's gains in the 2010 election; the 2013 party-line Shelby County decision by Republican appointees on the Supreme Court to gut the Voting Rights Act; Senate Majority Leader Mitch McConnell's unprecedented machinations in 2016 to prevent then-President Barack Obama from appointing a Supreme Court justice who would have tipped the majority to liberals; and the congressional Republican acquiescence to Trump's regular threats to the rule of law, from openly extorting the government of Ukraine to manufacture dirt on Biden to attempting, for the first time in American history, to tilt the census results to the advantage of one party.

The widespread Republican support for Trump's efforts to steal the election -- which persisted to the point of a majority of House Republicans voting to overturn the results even after the mob of his supporters ransacked the Capitol -- has placed a dramatic exclamation point on this retreat from democracy in the GOP, many experts agree."Fifty years from now when people read about [this era] they are not going to say there were two parties that were small-d democratic," says Stokes.

Those attitudes bring to a point years of surveys showing a retreat from democratic values in a significant portion of the GOP base.

In one recent Public Religion Research Institute study, for instance, nearly three-fifths of Republicans agreed that "because things have gotten so far off track in this country, we need a leader who is willing to break some rules if that's what it takes to set things right." In another national survey organized by political scientist Larry Bartels, a majority of Republican voters agreed "the traditional American way of life is disappearing so fast that we may have to use force to save it."Many analysts believe these attitudes are inextricably linked to the anxieties about demographic and cultural change evident among GOP voters in the polling by the Public Religion Research Institute and others: At its core, the fear of demographic eclipse is eroding the commitment to democracy among both leaders and followers in the Republican Party.

While America in that era also experienced enormous strain -- with massive protest movements, large-scale urban unrest and riots, and anti-war radicals who regularly set off bombs at military recruiting or corporate offices -- the radical elements on that continuum never achieved as much influence inside the Democratic Party as the Trump forces skeptical of democracy have established in the modern GOP.

Columbia University sociologist Todd Gitlin, who participated in the student left during the 1960s and has written one of the definitive histories of the period, notes that while "there were a lot of bombs, that's for sure," radicals such as the Weathermen group "were never a threat" to the nation's core institutions because they lacked any leverage within the political system."Imagine if the Weathermen had had a caucus of 10 Democrats in the House who basically supported them and they in turn were allied with state Democratic parties all over the place, state legislators, etc., and so on.

And nobody was willing to look the other way at those bombings."

One party alone can't fix itThe closest American parallel to the violence unleased by Trump supporters at the Capitol -- and earlier threats like the armed protests against Covid restrictions and the subsequent plot to kidnap Democratic Gov.

While America has formally been a democracy since its birth in the 1700s, he notes, for most of our history those democratic rights were limited solely to White men.

But for much of American history, their influence has been controlled because neither party would fully embrace their causes; that's the barrier that has cracked in the GOP, especially during the tempestuous Trump years.

It's likely that both parties will need to commit to undoing Trump's damage to America's political stability -- or that damage won't be undone at all.