Antarctic fossil could have been the biggest flying bird ever, study finds - CNN 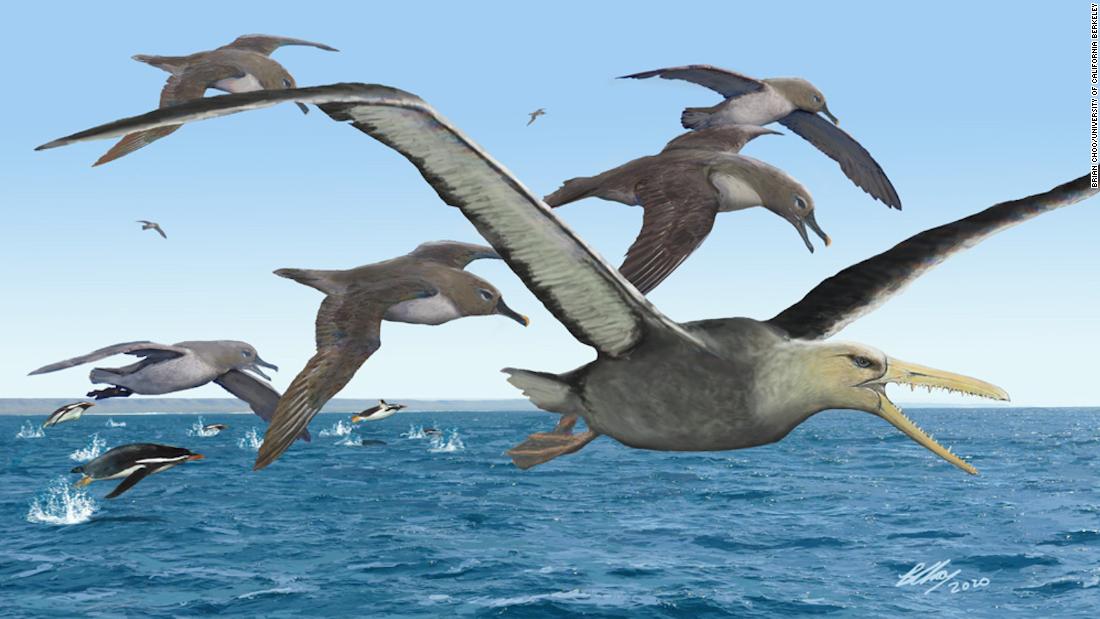 Oct 28, 2020 1 min, 12 secs
likely represent not only the largest flying birds of the Eocene but also some of the largest volant birds that ever lived," said the study.

Kloess and other researchers determined that the foot bone dates back 50 million years, and the jaw bone is around 40 million years old -- evidence that the birds emerged in the Cenozoic Era, after an asteroid struck Earth and wiped out nearly all dinosaurs.

"Our fossil discovery, with its estimate of a 5-to-6-meter wingspan -- nearly 20 feet -- shows that birds evolved to a truly gigantic size relatively quickly after the extinction of the dinosaurs and ruled over the oceans for millions of years," Kloess said in a news release by the university.

Like albatrosses, the pelagornithids traveled widely over the world, and could have flown for weeks at a time over the sea.

At the time, oceans had yet to be dominated by whales and seals -- meaning easy prey for the giant birds.

"The big (pelagornithids) are nearly twice the size of albatrosses, and these bony-toothed birds would have been formidable predators that evolved to be at the top of their ecosystem," said study co-author Thomas Stidham of the Chinese Academy of Sciences in Beijing.