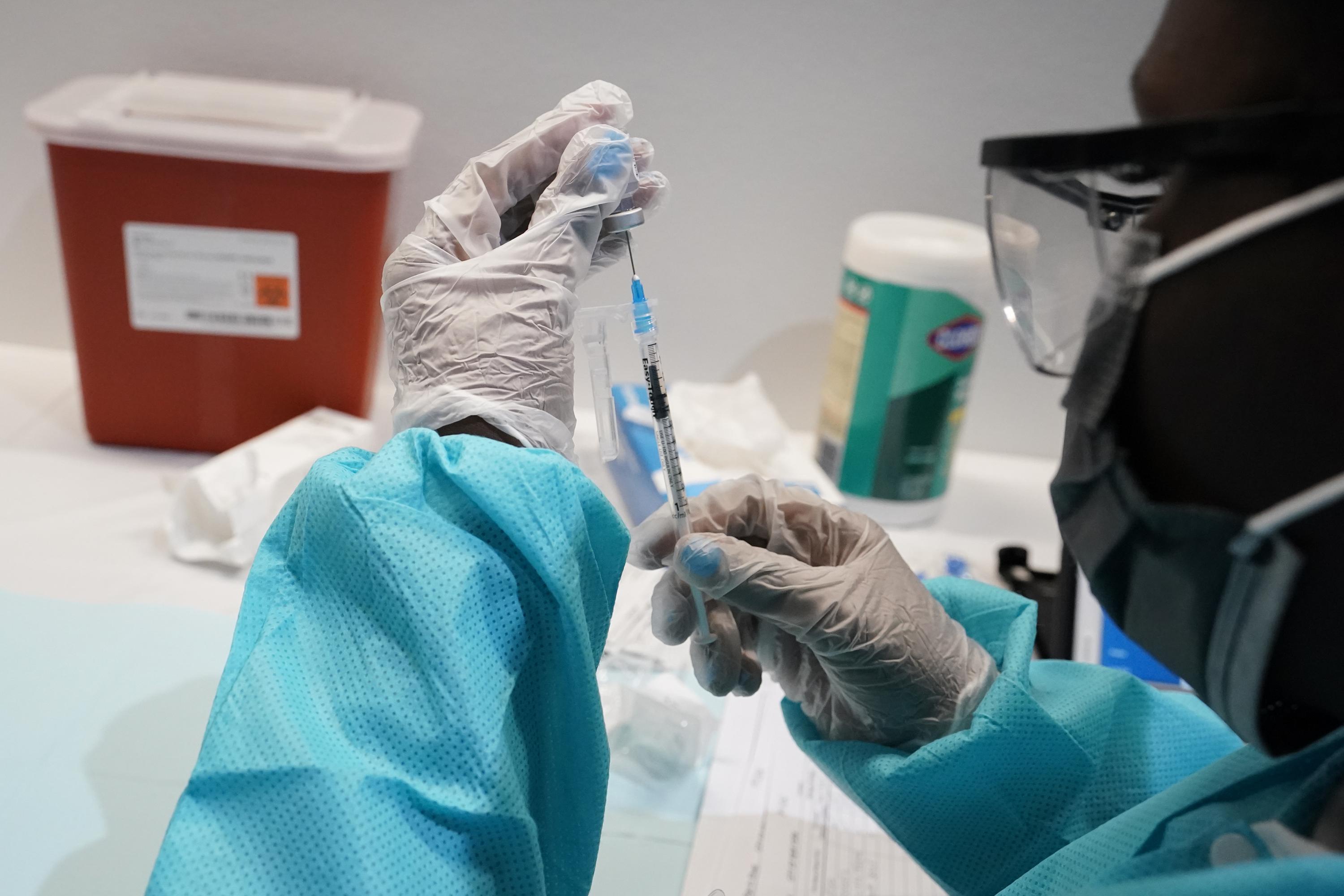 Jul 23, 2021 1 min, 54 secs
Most Americans who havenâ€™t been vaccinated against COVID-19 say they are unlikely to get the shots and doubt they would work against the aggressive delta variant despite evidence they do, according to a new poll that underscores the challenges facing public health officials amid soaring infections in some states.Whatâ€™s more, 64% of unvaccinated Americans have little to no confidence the shots are effective against variants â€” including the delta variant that officials say is responsible for 83% of new cases in the U.S.

And White House officials said Thursday that vaccinations are beginning to increase in some states where rates are lagging behind and COVID-19 cases are rising, including in Arkansas, Florida, Louisiana, Missouri and Nevada.

Thatâ€™s up slightly from a month ago, but far below the beginning of the year, when about 7 in 10 Americans said they were at least somewhat concerned that they or someone they knew would be infected.

And overall, Republicans are far more likely than Democrats to say they have not been vaccinated and definitely or probably wonâ€™t be, 43% to 10%.

Views are also divided along age and education lines: Thirty-seven percent of those under age 45 say they havenâ€™t and likely wonâ€™t get the shots, compared with just 16% of those older.

And those without college degrees are more likely than those with them to say they arenâ€™t and wonâ€™t be vaccinated, 30% to 18%.

On Friday, White House press secretary Jen Psaki told reporters that the Biden administration has persuaded â€œa whole lot of people to change their minds and take action, get a shot, save their lives and the lives of people around them.â€ She noted that more than 5.2 million have received shots in the past 10 days, and said officials would continue their outreach efforts.

Some who got it are â€œso far on one end that they may never give up masks because now itâ€™s a personal statement,â€ said McMasters, who leans Democratic, just as others wonâ€™t get the shots because of their political beliefs or misinformation.

Howard Koh, a professor at the Harvard Chan School of Public Health, said vaccine hesitancy is not new, but the misinformation surrounding COVID-19 and the fast-spreading variant make it imperative to reach people one-on-one to understand their concerns and provide accurate information.