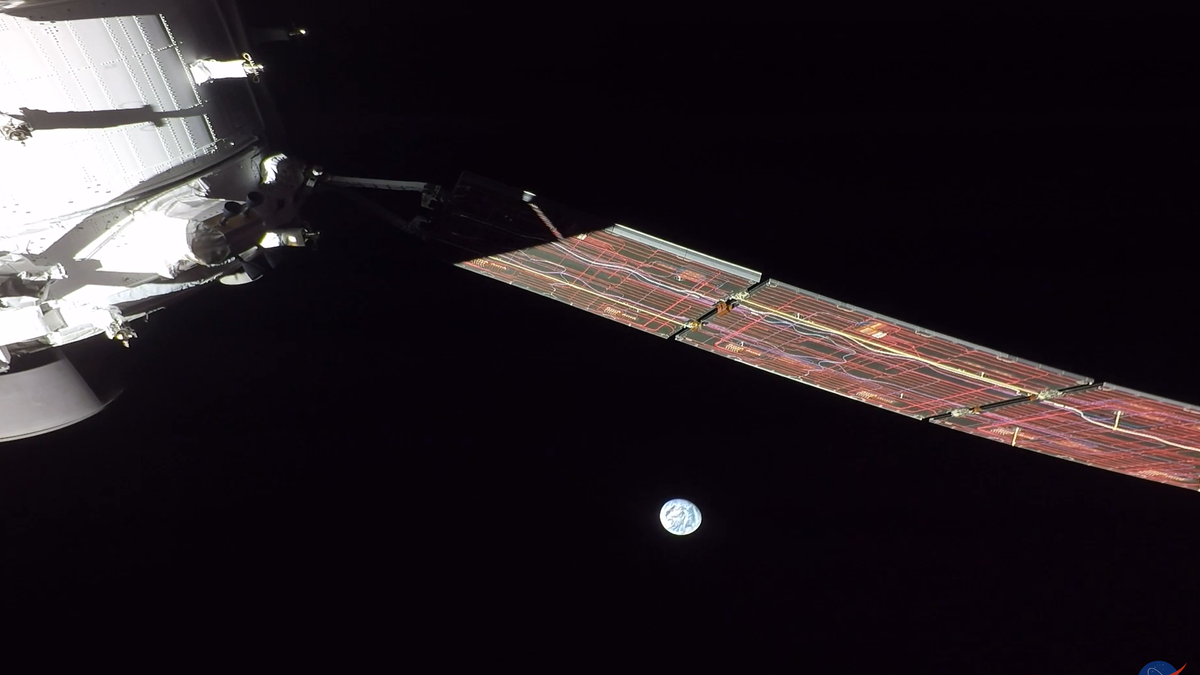 Earth rises over the shadowed moon like a blue beacon in a newly released video from NASA's Artemis 1 mission.

EST (1305 GMT) on Monday, about six minutes after Orion regained contact with NASA's Deep Space Network of antennas following its lunar maneuver, agency officials said in a description with the video on YouTube (opens in new tab). .

The video footage was transmitted to Earth outside of an epic live broadcast that took place around that time, which focused on viewing our planet as a "pale blue dot" deep in space in the minutes after Orion regained communication with Earth.Live viewers on Monday also saw Earth setting behind the moon in the moments before Orion lost communication, as expected, to perform its engine maneuver on the lunar far side, which radio waves from our planet cannot reach.The Artemis 1 mission is testing the readiness of Orion and NASA's huge Space Launch System rocket for future missions of the Artemis program, which will continue with the Artemis 2 crewed mission around the moon as soon as 2024.NASA loses contact with Artemis 1's Orion spacecraft for 47 minutes.NASA's Artemis 1 moon mission: Live updates.

3 Royal news: William and Kate focus on climate in Boston despite race row and ‘Harry & Meghan’ trailer – live - The Independent

8 The Best PlayStation Games Of 2022 According To Metacritic - GameSpot

13 Oregon’s hospitals are struggling, with weeks to go in the respiratory illness season - Oregon Public Broadcasting