Astronomers find the first intact planet orbiting a white dwarf… and it's far bigger than its star! - SYFY WIRE 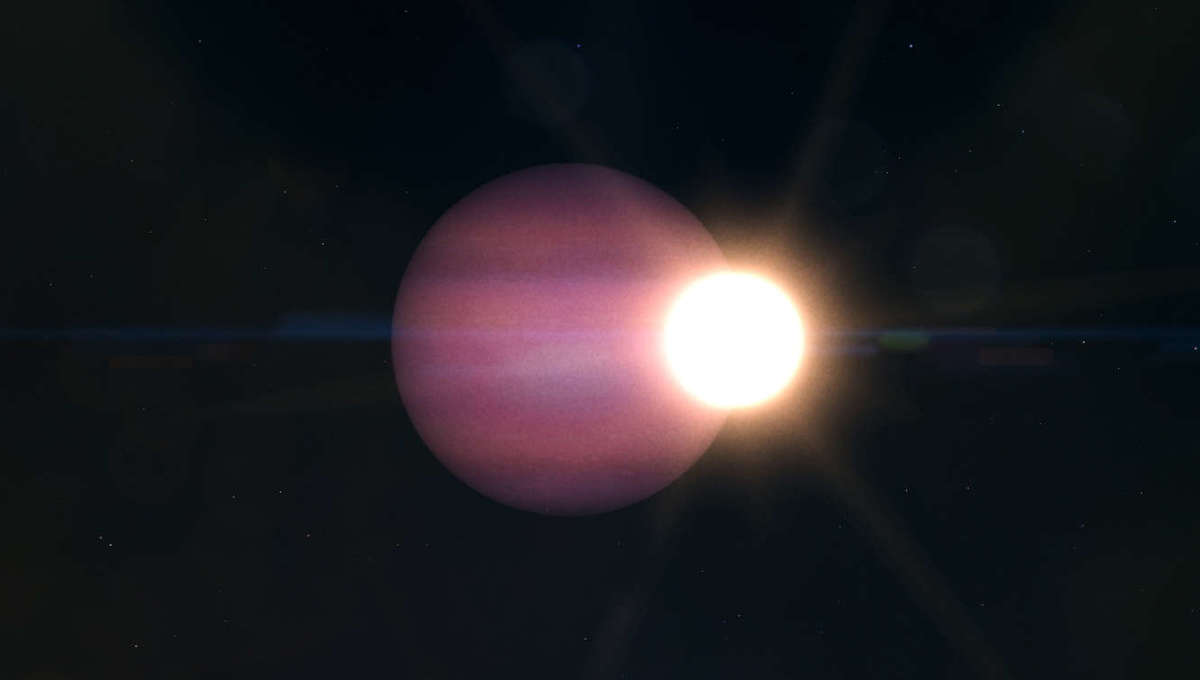 Sep 17, 2020 1 min, 39 secs
Astronomers have just announced they have found the first intact planet orbiting a white dwarf*, the dead core of a star that was once much like the Sun.

There are lots of cool things about this discovery, but one of the weirdest is that the planet is bigger than the star!

The planet found using TESS, WD 1856b, is about 10 times bigger than Earth (so slightly smaller than Jupiter) and orbits the star at a distance of just 3 million kilometers, which is close — Mercury's orbit around the Sun is 15 times wider — and circles the white dwarf once every 34 hours.

Normal stars (meaning ones that fuse hydrogen into helium in their cores) are much bigger than planets.

So it's a little odd to think of a planet being bigger than a star, but we're not talking about a normal star here.

Artwork depicting the white dwarf WD 1856 and its massive planet, far larger than the star itself.

Because the planet is bigger than the star, it could in principle block out all the light from a star as it passes in front.

WD 1856 probably became a white dwarf about 6 billion years ago, and was a normal star before that for about 4 billion years.

Given the age of WD 1856 it's likely to be less than 12 times Jupiter's mass, firmly in the range of planetary masses.

An encounter with another massive planet could've dropped WD 1856b closer in to the star, putting it on the tight orbit it's on now.

These may be the remains of planets that got too close to their host stars and got torn apart by the fiercely intense gravity of the white dwarfs — in fact, the very first evidence for planets orbiting other star was from observations of a white dwarf made in 1917, and it was from the remains of a planet ripped asunder and eaten by the star.