Australia's Stinging Trees: Please Do Not Pet Them - The New York Times 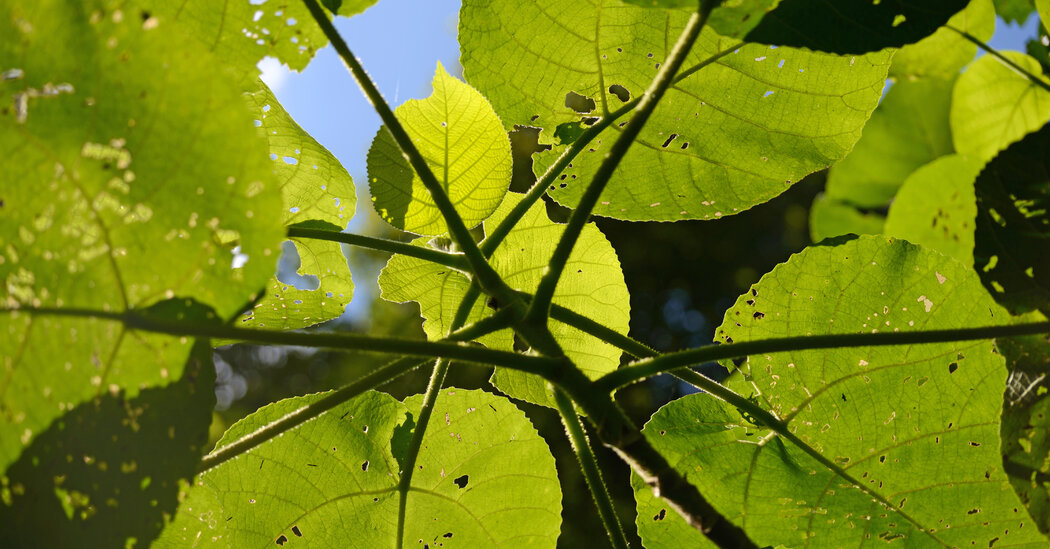 Scientists have found a potent chemical that might give Australian giant stinging trees their extraordinarily painful punch.

The lore that shrouds Australia’s giant stinging trees, of the genus Dendrocnide, is perhaps as dubious as it is vast.

As they report Wednesday in the journal Science Advances, Australia’s stinging trees are packed with a toxin that, when injected, latches onto pain-detecting cells in the recipient and makes them go haywire, locking the afflicted area into the molecular equivalent of an infinite scream.

Chiu noted that the trees’ toxins target a molecule, found on nerve cells, that is “fundamental to mammalian pain,” he said.

But even scientists driven enough to inject themselves with extracts made from the trees’ toxins have not been able to work out the source of the sting, said Irina Vetter, a pain researcher at the University of Queensland and an author on the new study.

“These are three widely divergent groups of organisms — spiders, cone snails and now these trees — producing a toxin that’s very similar,” said Shabnam Mohammadi, a toxin researcher at the University of Nebraska-Lincoln who was not involved in the study.

The researchers are not sure how the toxin benefits Dendrocnide trees.

Mohammadi both said they suspect that gympietides are not the only factors that make Dendrocnide toxin so tough to take, especially given the plants’ bizarre and persistent side effects.

The same hairs that can deliver a dose of unbelievable pain make the leaves and stems look deceptively soft and felty, “like it’s a furry, friendly green plant that you’d want to rub,” he said