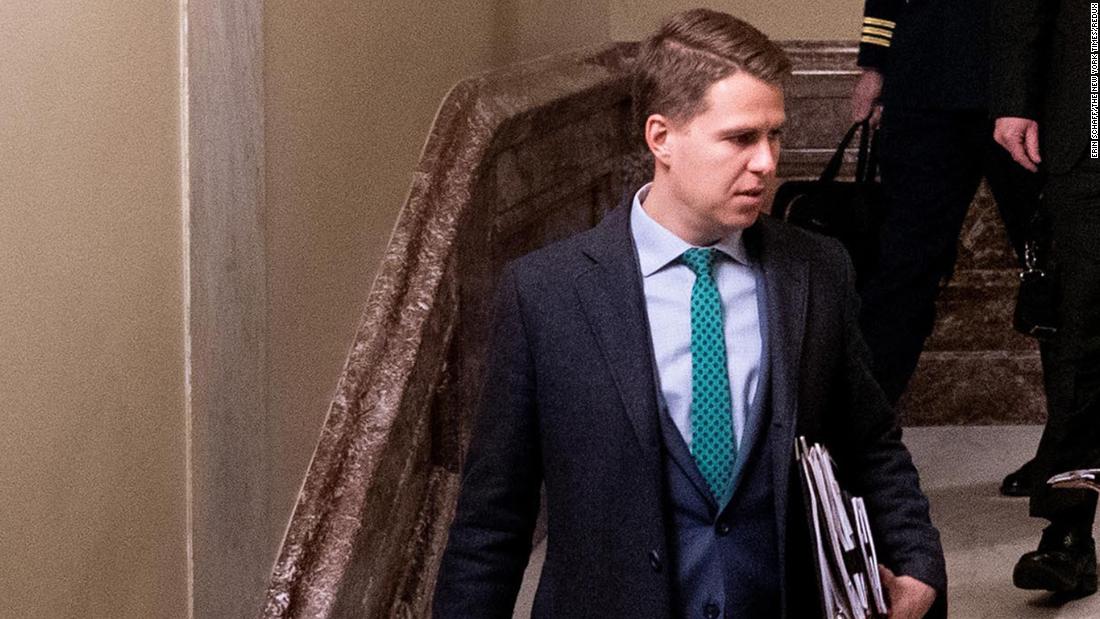 Oct 28, 2020 1 min, 29 secs
Taylor, who was chief of staff to Department of Homeland Security Secretary Kirstjen Nielsen, wrote a lengthy statement explaining why he penned the 2018 op-ed declaring he was part of the "resistance" inside the Trump administration working to thwart Trump's worst inclinations.

Since leaving the Trump administration in 2019, Taylor endorsed Democrat Joe Biden in August and co-founded a Republican group that is opposed to Trump.

"I am a Republican, and I wanted this president to succeed," Taylor said in his statement Wednesday.

"That's not what our founding fathers said about criticizing the President of the United States."

The White House has criticized Taylor since his endorsement of Biden, and Trump called him a "disgruntled employee."

White House press secretary Kayleigh McEnany said in a statement Wednesday after Taylor's identity was revealed that "this low-level, disgruntled former staffer is a liar and a coward who chose anonymity over action and leaking over leading."

"It is appalling a low-ranking official would be granted anonymity and it is clear the New York Times is doing the bidding of Never-Trumpers and Democrats," McEnany said.

Taylor said he was hopeful that more people inside the government would speak out against Trump, noting that several senior officials have done so in different ways since leaving the administration.

Everyone saw it, though most were hesitant to speak up for fear of reprisals," Taylor wrote.

In the 2018 op-ed, which was titled, "I Am Part of the Resistance Inside the Trump Administration," Taylor anonymously wrote that "many of the senior officials in his own administration are working diligently from within to frustrate parts of his agenda and his worst inclinations."

But Taylor said that original assertion was incorrect.

"The country cannot rely on well-intentioned, unelected bureaucrats around the President to steer him toward what's right," Taylor said Wednesday.