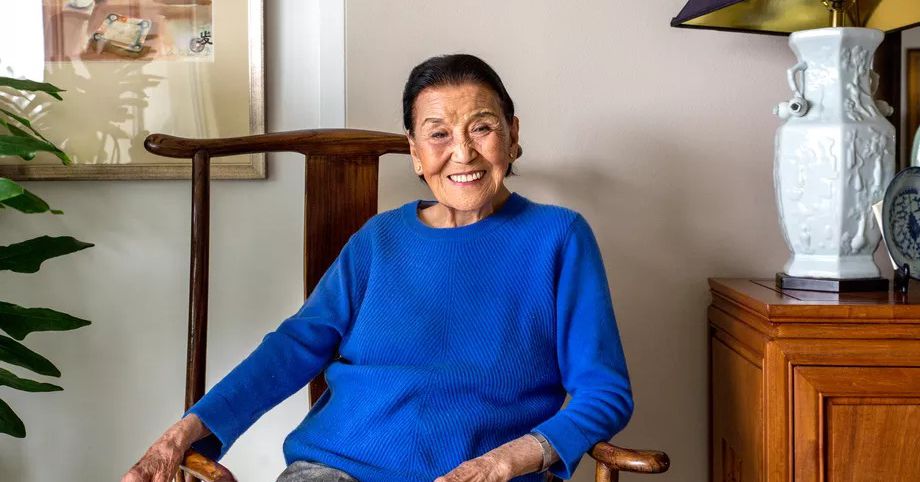 Known as the woman behind Chinese food in America, Cecilia Chiang was one of the Bay Area’s most beloved food figures.

Cecilia Chiang, the Shanghai-born restaurateur who revolutionized the national food scene with her approach to Northern Chinese cuisine, died this week, the San Francisco Chronicle reports.

During China’s war with Japan, Chiang and her sister, “disguised as peasants” (Saveur wrote in 2000) fled hundreds of miles to Sichuan.

In the late 1950s, Chiang paid a visit to her sister in San Francisco, where she met two aspiring restaurateurs who asked her help to open a restaurant on Polk Street, the Marin Independent-Journal wrote in 2007.

Then I would tell Chiang Liang.” That restaurant was the Mandarin, which opened with a menu of about 300 dishes, a far cry from the Chinese takeout-and-delivery spots that dominated the market at the time.

You don’t serve chop suey; the only Chinese food people know is chop suey.’ I said, ‘I just try to do my best.’ I wanted to introduce the real Chinese food to America.

The service was also different than what Americans had grown to expect, Chiang says.

By 1968, the Mandarin had grown out of its digs, and Chiang relocated the restaurant to a 300-seat space inside the then-new Ghirardelli Square complex.

She sold the Mandarin in 1991, but remained active in the business, writing two books, scoring the James Beard Foundation’s Lifetime Achievement Award in 2013, and traveling with folks like Alice Waters, who Chiang called “a very good friend.

In 2014, Chiang was the subject of a documentary by Joy Luck Club director Wayne Wang called Soul of a Banquet, in which she tells the story of her life as she prepares a special dinner for the 40th anniversary of Chez Panisse.

Speaking with Leong in 2018, Chiang said that she was often asked how she managed to live such a long, fruitful life