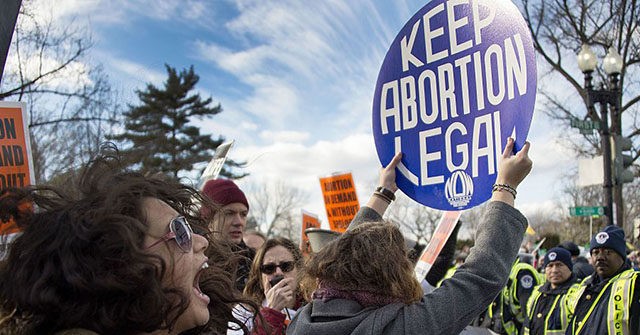 Oct 16, 2021 1 min, 43 secs
Ben Domenech recently confronted his Fox News Primetime viewers with the fact that the United States’ current abortion policies are on par with those of communist China and North Korea.“We have, as a nation, one of the most radical abortion regimes in the world,” Domenech said last week as he introduced his segment.The Fox News host observed the abortion industry and its allies refer to the Mississippi law, soon to be considered by the Supreme Court, as “extreme.” The law would prohibit most abortions after 15 weeks of pregnancy, yet it “would be right at home in Europe,” he pointed out.

Supreme Court during the 47th annual March for Life on January 24, 2020, in Washington, DC.

Activists gathered in the nation’s capital for the annual event to mark the anniversary of the Supreme Court Roe v.

Senators, this bill was blocked from further consideration. Scientific studies have demonstrated that babies in the womb feel pain at twenty weeks. The vote by the Senate rejects scientific fact and puts the United States out of the mainstream in the family of nations, in which only 7 out of 198 nations, including China and North Korea, allow elective abortions after 20 weeks of pregnancy. We must defend those who cannot defend themselves.

Understand, there is no more important single issue today to the left than the issue of abortion.

Domenech observed the abortion industry and its allies have also done “everything they could to build up men like Bill Clinton and Andrew Cuomo because the abortion agenda is always more important.”.Despite the decades-long sad state of affairs in America where abortion is concerned, Domenech said there is now a beam of hope, especially palpable in the energy of the pro-life movement.“There is today, renewed hope among those who believe every unborn baby has a right to life,” he concluded, “that the Supreme Court may at long last reopen this significant question for us to decide, as citizens and states, instead of leaving the deepest moral question of life and death to nine people in robes.”