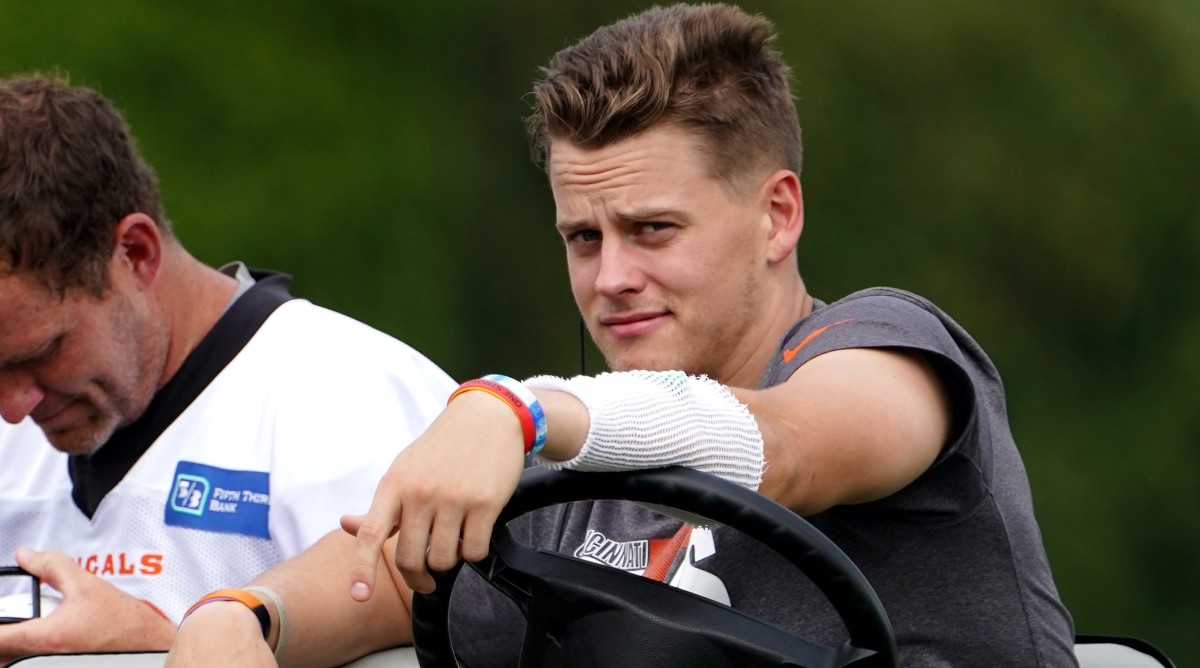 In the grand scheme of things, it’s probably best to look at this as if it were, say, a sprained ankle.

Just avoiding doing anything too aggressive until it feels better, where a player would keep getting all the mental work in to prepare for the season and hit the ground running when he returned to health.

Then, there’s this: The Bengals were planning to give Burrow only a series or two of snaps in preseason games anyway, and may not have even done that if Burrow felt like he didn’t need it.

So yeah, I’d expect to see the same old Burrow when the season starts.

So it’s at least something to watch going forward, especially since Wilson is a quarterback who moves around quite a bit.

If Wilson is out for a month, then my guess is they’d be more than comfortable going forward with Joe Flacco and Mike White.

And I have to wonder if that’s because teams are being more intentional in ramping players up to full speed, something they, to a degree, have to do because of the changing rules.

And one thing I know for sure is there’s a lot of tinkering going on when it comes to that stuff, just going camp to camp.

But it goes beyond just adhering to the guidelines—the two teams I started my camp tour with (the Browns and Bills), for example, couldn’t have handled the acclimation period more differently from each other.

It’ll probably take time to figure out who’s doing things the right way and who’s just a little bit off.

But if it gets everyone to a place where we have healthier players playing through the season, then, obviously, it’d make going through all the trial and error worth it.

(And yes, that’s still subject to more examination, with the early stages of the regular season likely to tell us plenty on how well all of this is working.).

• The Roquan Smith situation is getting weirder, with the NFL Management Council warning teams on Monday about an agent posing as Smith’s rep trying to drum up trade talks

So for all the irrelevant things that happen in preseason games, that’s probably one worth keeping an eye on the next couple weeks

1 The Fed is now expected to keep raising rates then hold them there, CNBC survey shows - CNBC

3 Mars is littered with 15,694 pounds of human trash from 50 years of robotic exploration - Yahoo! Voices

4 Meghan Markle Was 'Narcissistic Sociopath' Who Wanted to Be Rejected by Royals, Former Aides Say - The Daily Beast