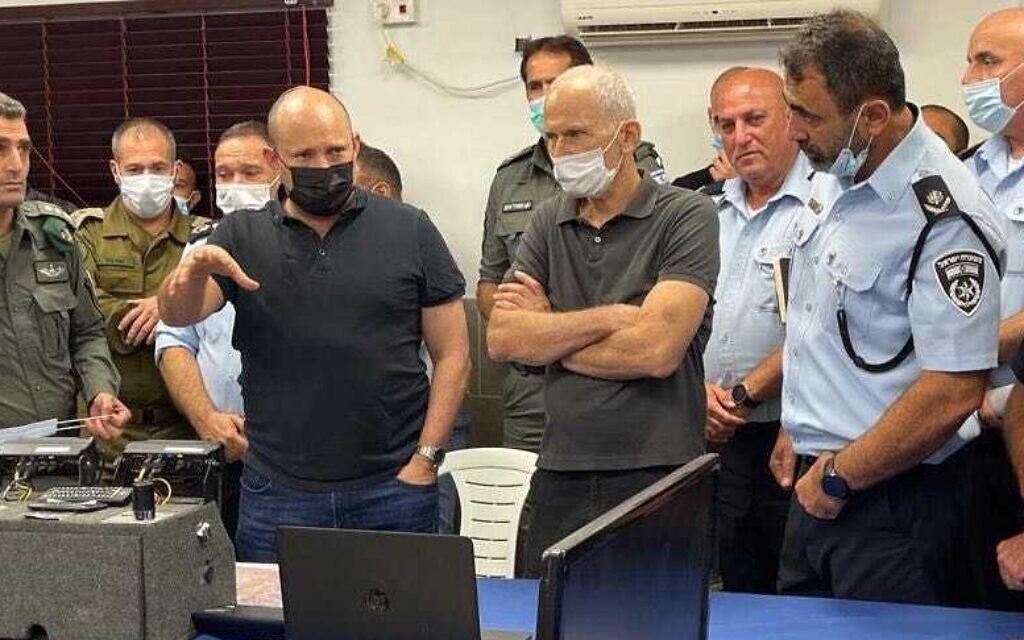 Sep 19, 2021 1 min, 50 secs
“All six terrorists have been recaptured — and will be returned to prison — in an impressive, sophisticated and quick operation by the Shin Bet, the Israel Police and the Israel Defense Forces.”.After his public statement, Bennett also called the heads of the organizations involved in the arrest raid — Public Security Minister Omer Barlev, Shin Bet chief Nadav Argaman, IDF Chief of Staff Aviv Kohavi, Israel Police Commissioner Yaakov Shabtai, head of the IDF Central Command Yehuda Fuchs, head of the Shin Bet’s operations department and the commander of the police’s Yamam counter-terrorism unit — to applaud their efforts, his office said.Overnight Saturday, security forces arrested the final two of the six security prisoners, who escaped from Gilboa Prison in northern Israel nearly two weeks ago, the army said.The arrests of the fugitives — a week after the four other escaped prisoners were recaptured in northern Israel — brought to a close a massive 13-day manhunt following one of the worst jailbreaks in Israelâ€™s history.Iham Kamamji and Munadil Nafiyat, both members of the Islamic Jihad terror group, were apprehended in the West Bank city of Jenin, the Israel Defense Forces said early Sunday.

They were captured following a joint operation by the IDF, Shin Bet security service, and the Yamam police unit.

“Congratulations to the forces of the Israel Police, the IDF and the Shin Bet, who proved once again that they can be relied upon,” said Barlev.Foreign Minister Yair Lapid on Sunday said the capture of the last two escaped prisoners “was made possible by the dedication of the commanders and fighters of Yamam, the police, the Shin Bet and the IDF.”.“While the rest of us continued with our day-to-day lives, security forces did not stop their mission,” said Liberman.The arrest was made possible by “precise intelligence that was received by the Shin Bet, which identified the building in which the two were hiding in Jenin,” the internal security service said.

If so, please join The Times of Israel Community