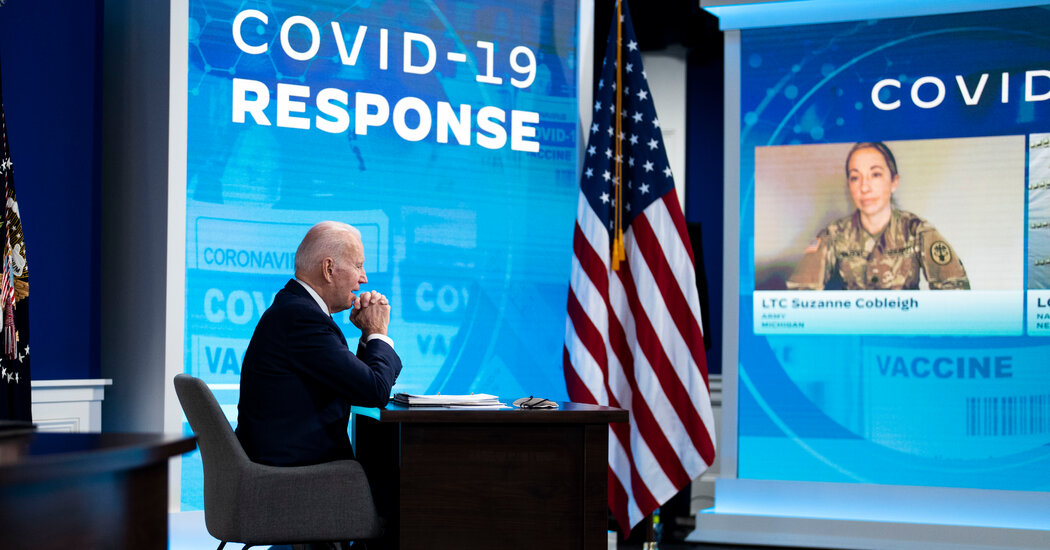 Jan 13, 2022 2 mins, 7 secs
Just since Thanksgiving, over 800 military and other federal emergency personnel have been deployed to 24 states, tribes and territories, including over 350 military doctors, nurses and medics, helping staff the hospitals that are in short supply.

WASHINGTON — President Biden on Thursday stepped up his administration’s response to a coronavirus surge driven by the Omicron variant, sending what he said is urgently needed help to overwhelmed hospitals and pledging to provide Americans with free tests and masks as the country enters the pandemic’s third year.

Biden said he was directing his staff to purchase an additional 500 million tests for distribution to Americans, doubling the government’s previous purchase as his administration scrambles to respond to the highly contagious Omicron.

In addition, the president said he is sending a total of 120 military medical personnel to six states where hospitals have been overrun by cases.

Biden announced the first batch of 500 million tests just before Christmas, and the first batch from that announcement will not start being delivered until later this month, according to White House officials.

The president did not say when the new batch of 500 million tests will be manufactured and ready for distribution.“We’re on track to roll out a website next week where you can order free test shipped to your home,” he said, adding that people with medical insurance can also soon get reimbursed for the purchase of up to eight tests a month.

Biden said late last month that he would be tapping the military to help hospitals early in January.

He also said he will deploy military personnel to help overwhelmed hospitals in six states and pledged to provide free high-quality masks.

50 figures in North American sports who matter most

Will Cain: How bad can inflation get?