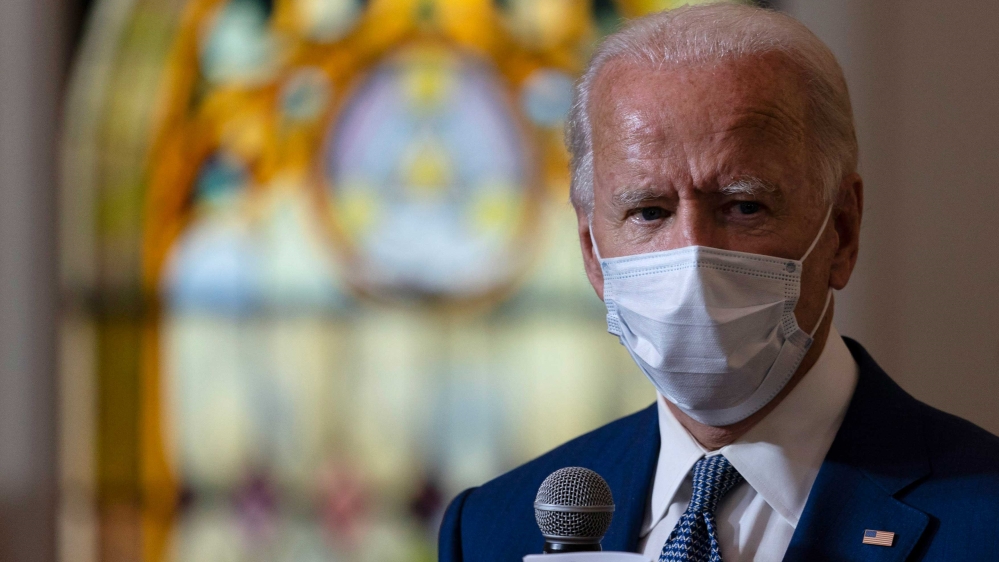 The unrest has forced US President Donald Trump, a Republican who is running for re-election on a "law and order" platform, and his main challenger, Democratic nominee Joe Biden, to wrestle with the complicated issue of race in America, and try to appeal to Black voters.

More profoundly, there is a growing level of cynicism among Black voters, pollsters have argued, particularly among young and male voters, and point to 2016 - when Clinton lost to Trump amid a six percentage points decline among Black voters - which proved critical in battleground states.

Trump's campaign this year has been trying to appeal to Black voters, particularly Black male voters and improve on his 2016 results, when 8 percent of Black people voted for him.

According to a recent poll, 13 percent of Black voters said they plan to vote for Trump this election.

Democratic pollster Terrance Woodbury said, according to recent data he compiled, about half of Black voters believe the Democratic Party takes Black voters for granted and may choose to stay home or vote for Trump.

James Lance Taylor, a professor at the University of San Francisco, said many Black people will vote for Biden for no other reason than "to deal with the emergency of removing Donald Trump from office".

But despite its popularity among Black Americans, strategists said if Biden backed the idea, he would run the risk of losing the support of moderate older white voters, a key demographic.

"Even among people who are not enthusiastic about Biden, people are more clear, now we know better," he said, "We see what a Trump presidency looks like and how it is impacting our lives and our health."