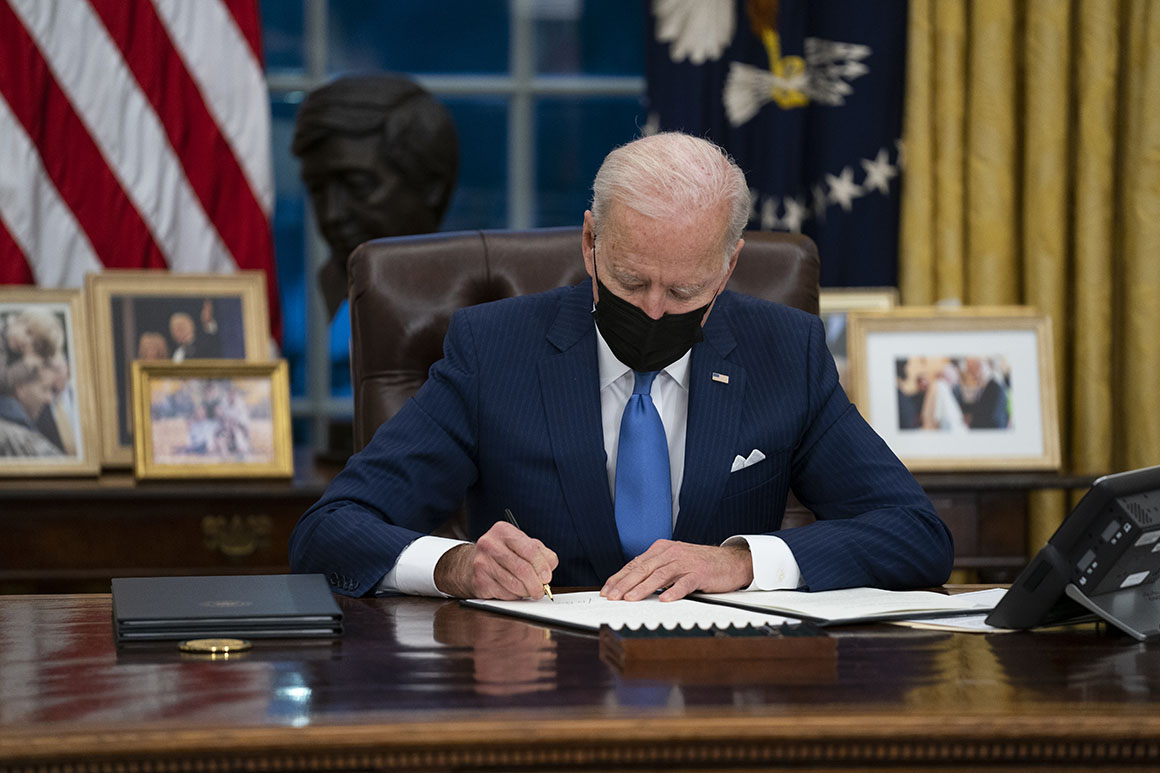 Feb 24, 2021 1 min, 4 secs
The president seeks to determine whether American companies are relying too much on foreign suppliers, particularly those in China.

firms in these sectors are relying too much on foreign suppliers, particularly those in China, a senior administration official told reporters.

Remedies unclear: If risks are identified in the supply chains for critical sectors, the administration will aim to push those companies to move their suppliers out of countries like China and back to the U.S.“Resilient supply chains are not the same thing as all products being made in America,” said a second senior official.

would risk angering allies like Canada and the European Union, which Biden already irked by strengthening "Buy American" provisions on his first day in office by making it more difficult for foreign companies to supply the U.S.