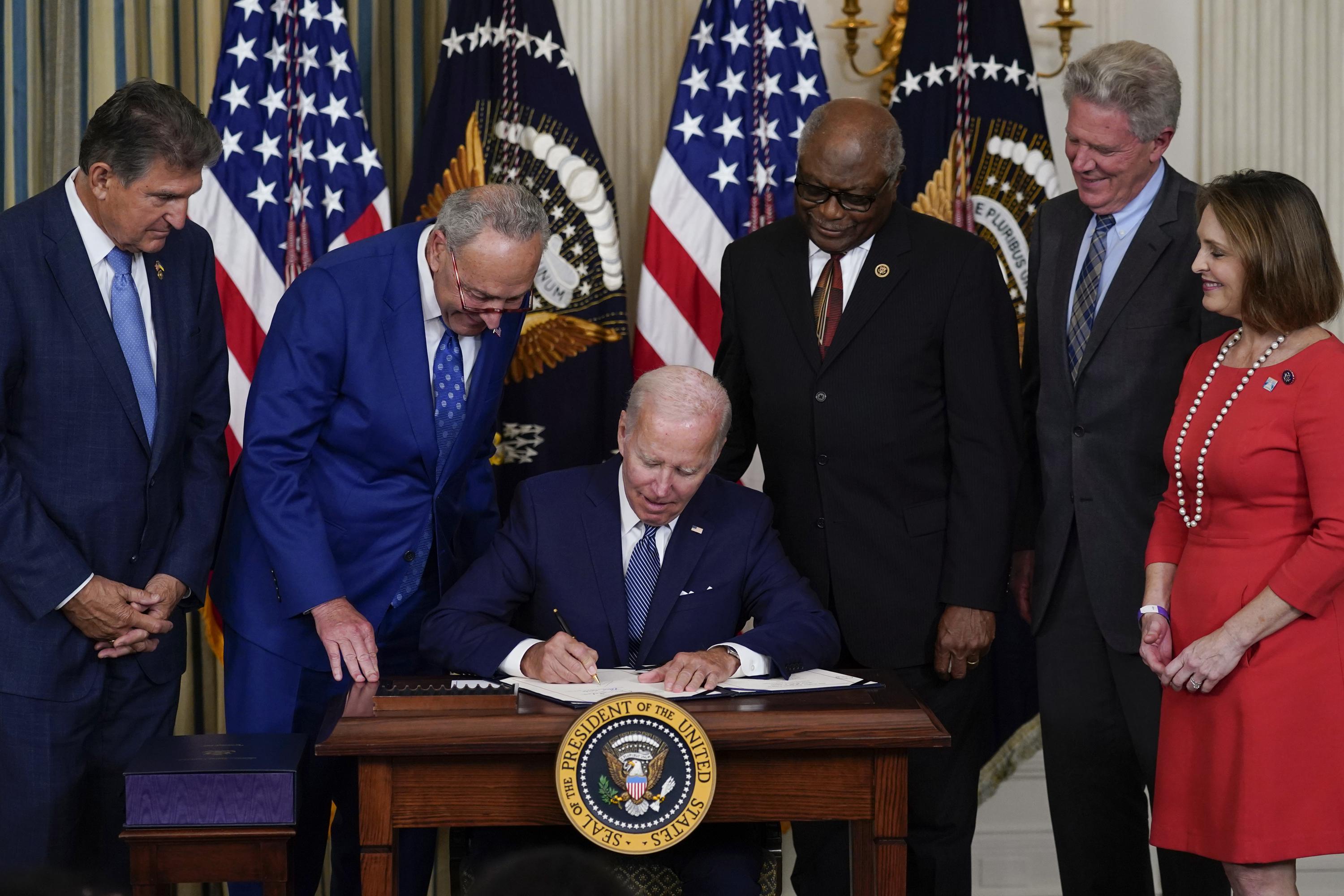 WASHINGTON (AP) — President Joe Biden signed Democrats’ landmark climate change and health care bill into law on Tuesday, delivering what he has called the “final piece” of his pared-down domestic agenda, as he aims to boost his party’s standing with voters less than three months before the midterm elections.In a triumphant signing event at the White House, Biden pointed to the law as proof that democracy — no matter how long or messy the process — can still deliver for voters in America as he road-tested a line he will likely repeat later this fall ahead of the midterms: “The American people won, and the special interests lost.”.“In this historic moment, Democrats sided with the American people, and every single Republican in the Congress sided with the special interests in this vote,” Biden said, repeatedly seizing on the contrast between his party and the GOP.“In normal times, getting these bills done would be a huge achievement,” Senate Majority Leader Chuck Schumer, D-N.Y., said during the White House ceremony.Biden signed the bill into law during a small ceremony in the State Dining Room of the White House, sandwiched between his return from a six-day beachside vacation in South Carolina and his departure for his home in Wilmington, Delaware.The White House announced Monday that it was going to deploy Biden and members of his Cabinet on a “Building a Better America Tour” to promote the recent victories.During the signing event, Biden addressed Manchin, who struck the critical deal with Schumer on the package last month, saying, “Joe, I never had a doubt” as the crowd chuckled.

Later, outside the White House, Manchin said he has always maintained a “friendly relationship” with Biden and it has “never been personal” between the two, despite Manchin breaking off his negotiations with the White House last year.

Jim Clyburn, D-S.C., a powerful political ally to Biden, noted during the White House ceremony that his late wife, Emily, who battled diabetes for three decades, would be “beyond joy” if she were alive today because of the insulin cap.

1 An iron ore bust is imminent, and this is how to trade it, UBS says - CNBC

6 Got sick kids? Here's what you need to know about the viruses landing children in the hospital - NOLA.com