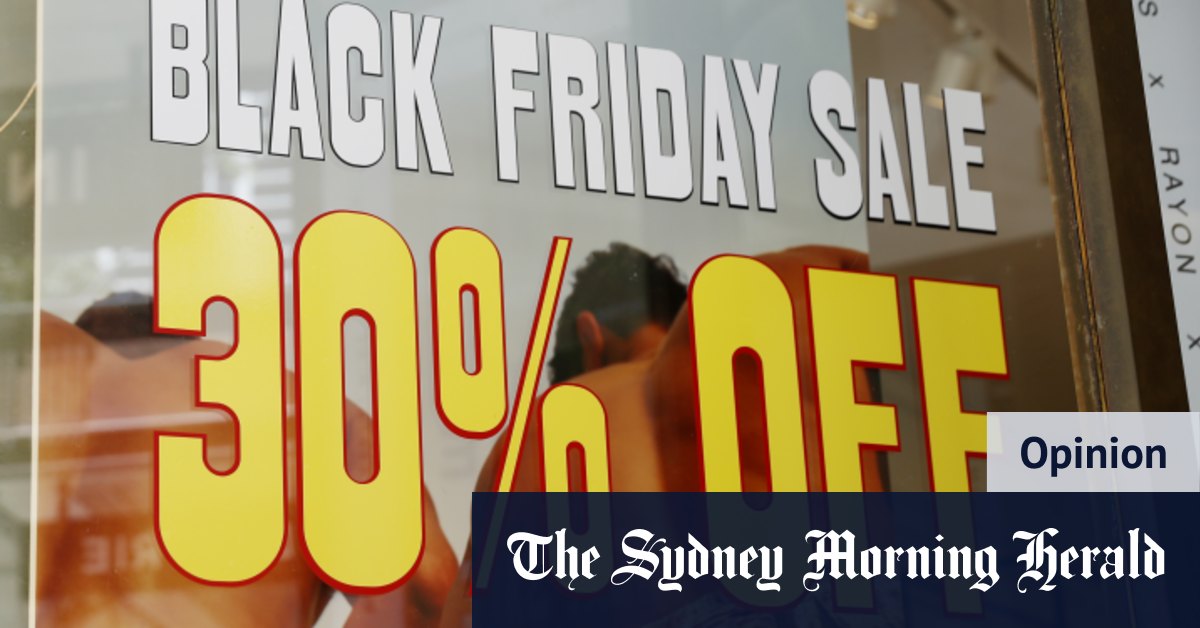 If you hadn’t noticed, Friday, November 25 is Black Friday.

That is the day after the fourth Thursday in November, which is the Thanksgiving holiday in the United States.

Shoppers getting in early for the Black Friday sales around Pitt Street Mall on Thursday.Credit:Nikki Short.Its origins are from the Black Friday panic of 1869 on the New York Gold Exchange, which morphed around 1951 to describe the lights out at factories when workers called in sick the day after Thanksgiving to make it a four-day weekend.Now Black Friday is a retail bonanza, when merchants of all varieties attempt to entice shopper to their stores – real or online – to turn their ledgers from red to black.But here in Australia, my inbox is bulging with Black Friday sales offerings from the likes of the Good Guys, Appliances Online, Ikea, Booktopia, Fitbit, Dick Smith and Optus.

It’s become so entrenched as an idea here that some have tried to tweak the theme and claim it as Green Friday to give it an enviro-bent.

I remember Americans sitting down to watch the Macy’s Day Parade, broadcast from Chicago on Black Friday, the way we Australians watch the Sydney-to-Hobart Yacht Race on Boxing Day, largely to recover from our collective food coma.

But not Black Friday.

3 This Was the Worst Thanksgiving Weekend in Box-Office History. - IndieWire

12 Skipping Meals, Fasting and Eating Meals Too Closely Together May Be Linked to Increased Mortality Risk - Neuroscience News

14 Kelsey Grammer's daughter Spencer Grammer on working with dad: 'It was fun to make him laugh' - Fox News