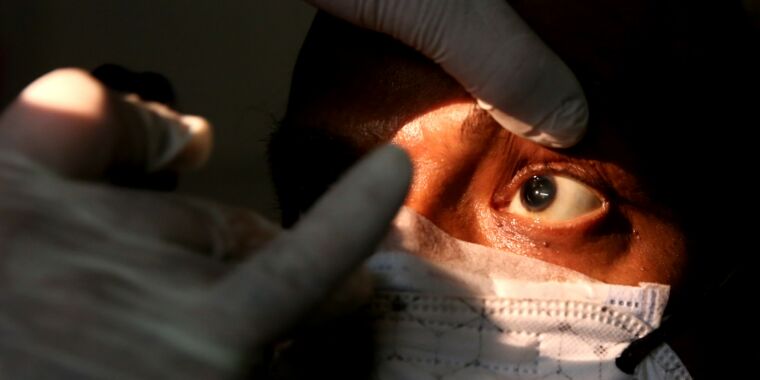 Jun 21, 2021 46 secs
So-called “black fungus” infections are surging in India in the wake of a devastating wave of COVID-19.

Media reports have tallied over 2,100 deaths, but federal health authorities have not released an official death count.

In India, the fungi appear to be mainly taking root in the nose and sinuses, where they can spread to facial bones, eyes, and even the brain.Medical experts hypothesize that the current surge of mucormycosis in India is down to a confluence of factors related to the COVID-19 wave.

Steroid use can help treat COVID-19, but it can also tamp down immune responses and make people vulnerable to opportunistic infections, such as mucormycosis.