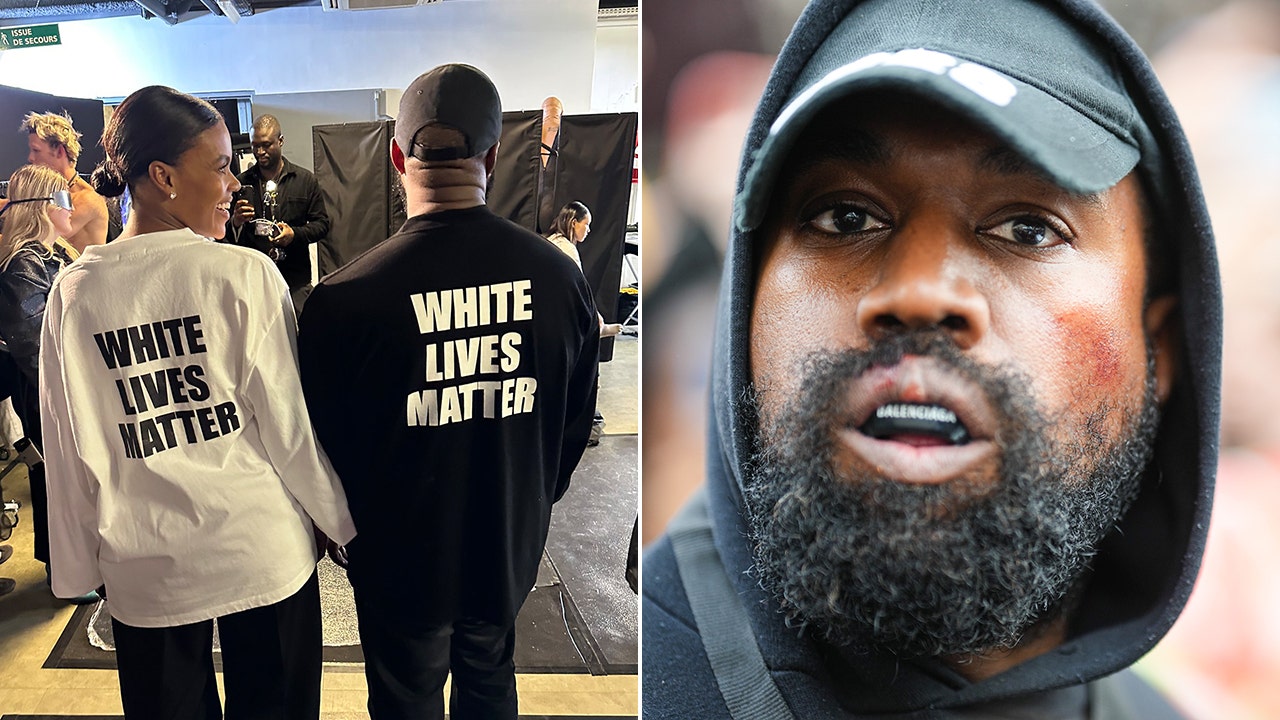 Kanye West not only claimed that Black Lives Matter was a ‘scam,’ but he also seemingly took credit for moving the discussion away from the movement and onto himself, just a day after debuting and wearing a "White Lives Matter" shirt at his Yeezy fashion show in Paris.Ye, as the rapper prefers to be called, shared in a since-deleted Instagram story, "Everyone knows that Black Lives Matter was a scam.Yesterday, the "Heartless" artist made waves for posing with conservative commentator Candace Owens in the long-sleeve shirts that contradict the Black Lives Matter "mission to eradicate white supremacy and build local power to intervene in violence inflicted on Black communities by the state and vigilantes.".

Jaden Smith, pictured arriving at the Kanye West Yeezy show in Paris, seemingly dissed the rapper after, saying he "had to dip" after the "White Lives Matter" controversy.

Kanye West shared in a since-deleted Instagram story that he thought "Black Live Matter was a scam."

5 Trump's dinner with antisemites? Some Republicans attempt to change the topic - Yahoo News