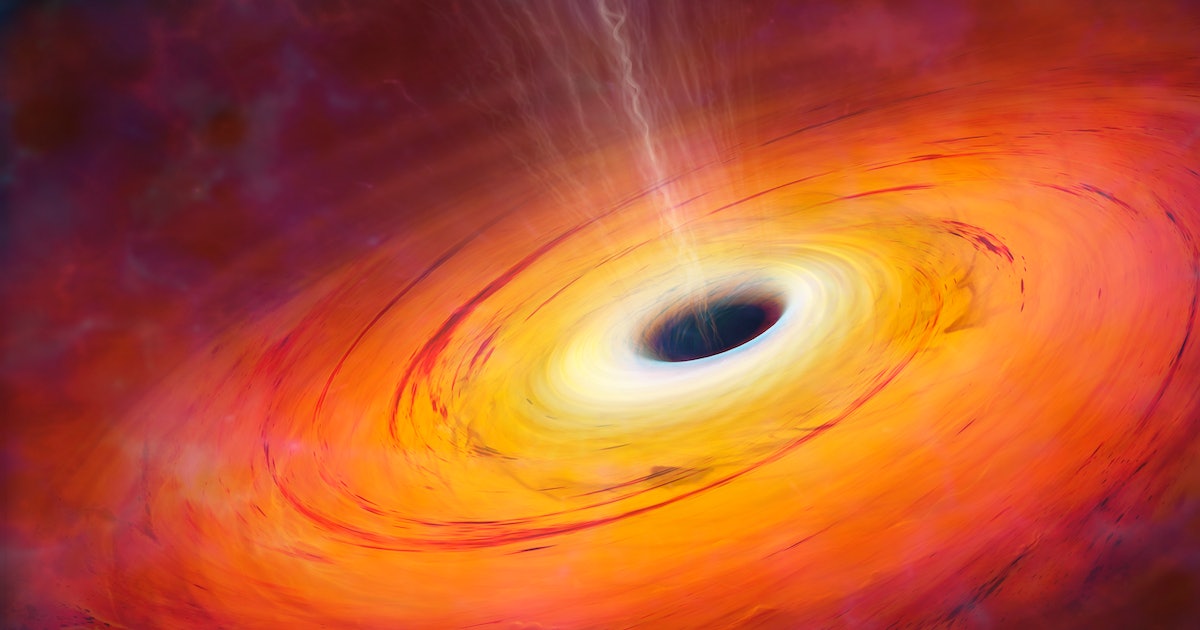 Jul 29, 2021 1 min, 8 secs
The massive gravity of a black hole actually bent X-ray echoes from around its back.Through a serendipitous observation of exceptionally bright X-ray flares around the supermassive black hole and careful analysis of the flareâ€™s â€œechoes,â€ researchers were able to prove that what they were actually seeing were X-ray reflections from behind the black hole.

Itâ€™s coming from all the way behind the black hole, being bent all the way around into our line of sight,â€ he says.

How they did it â€” As stellar gas and dust fall into a supermassive black hole, they flatten out and spin around it in a disk, like water going down a drain, Wilkins says.

Most such objects are too distant to photograph, but Wilkins says they can now use measurements of X-ray echoes as a sort of sonar â€œto reconstruct that picture, of that map, of the extreme environment outside a black hole.â€