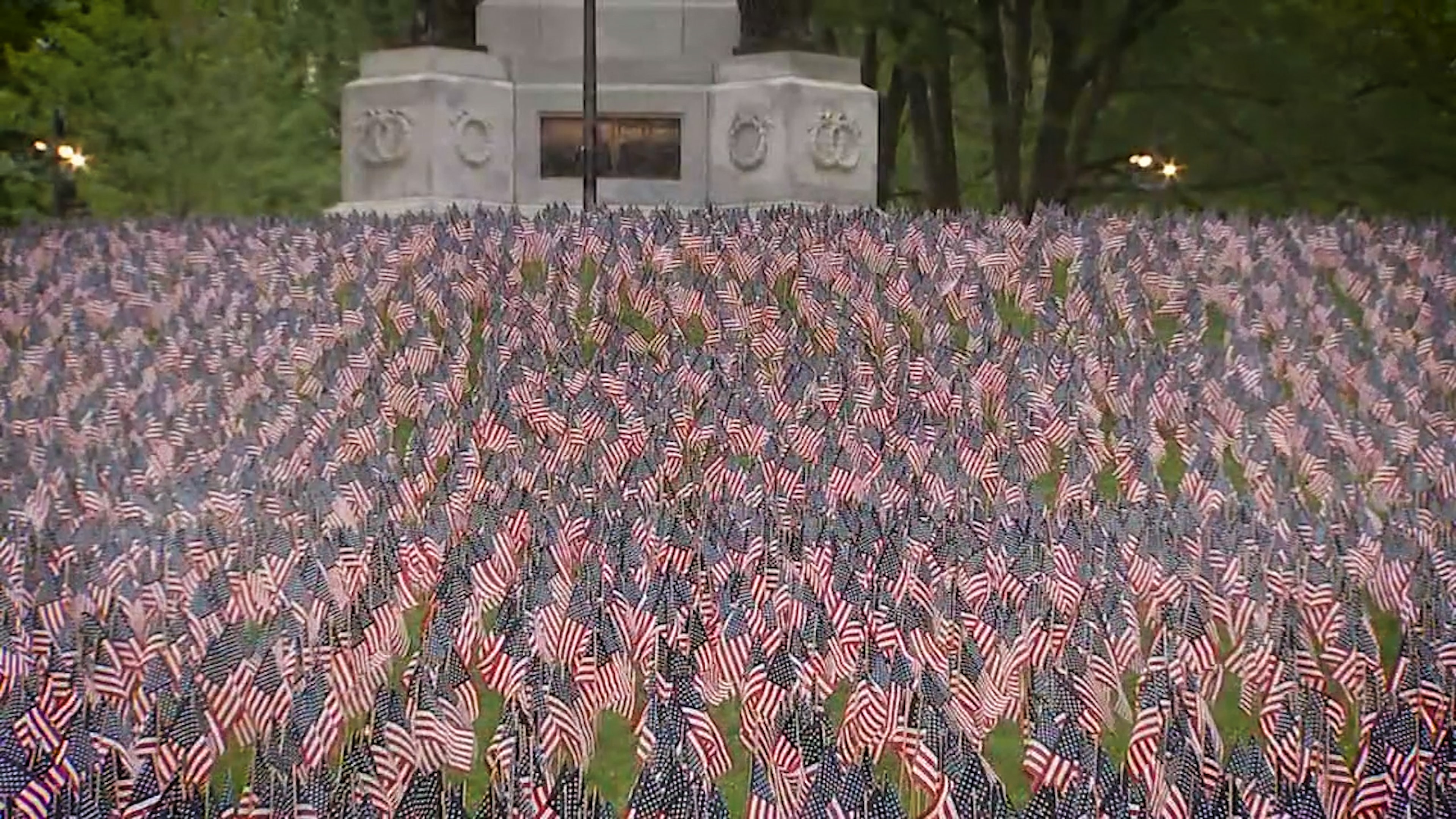 Memorial Day weekend usually means a brilliant display of thousands of American flags on the lawn of the Boston Common.

"All those flags waving in the breeze, it's just -- it's a tear-jerker,” said Paul Monti, who lost his son in Afghanistan in 2006.  "It's quite devastating that we're not able to do it.”.

The proud father was crushed when he found out that he couldn't help plant the flags on the Common this year.

Diane Nealon, executive director of the Massachusetts Military Heroes Fund, the organizer of the flag garden, said the decision to call it off this year because of coronavirus was tough.

"Asking hundreds of volunteers to come down to Boston Common and plant 37,000-plus flags was a difficult thing for us to get our head around," Nealon said, adding that as many as 500 people help plant the sea of flags at one time.

Monti has dozens on American flags on display in his front yard – but he emphasized that they're not just to remember his son!

Paul Monti stands by his American flag display at his home in Raynham, Mass.