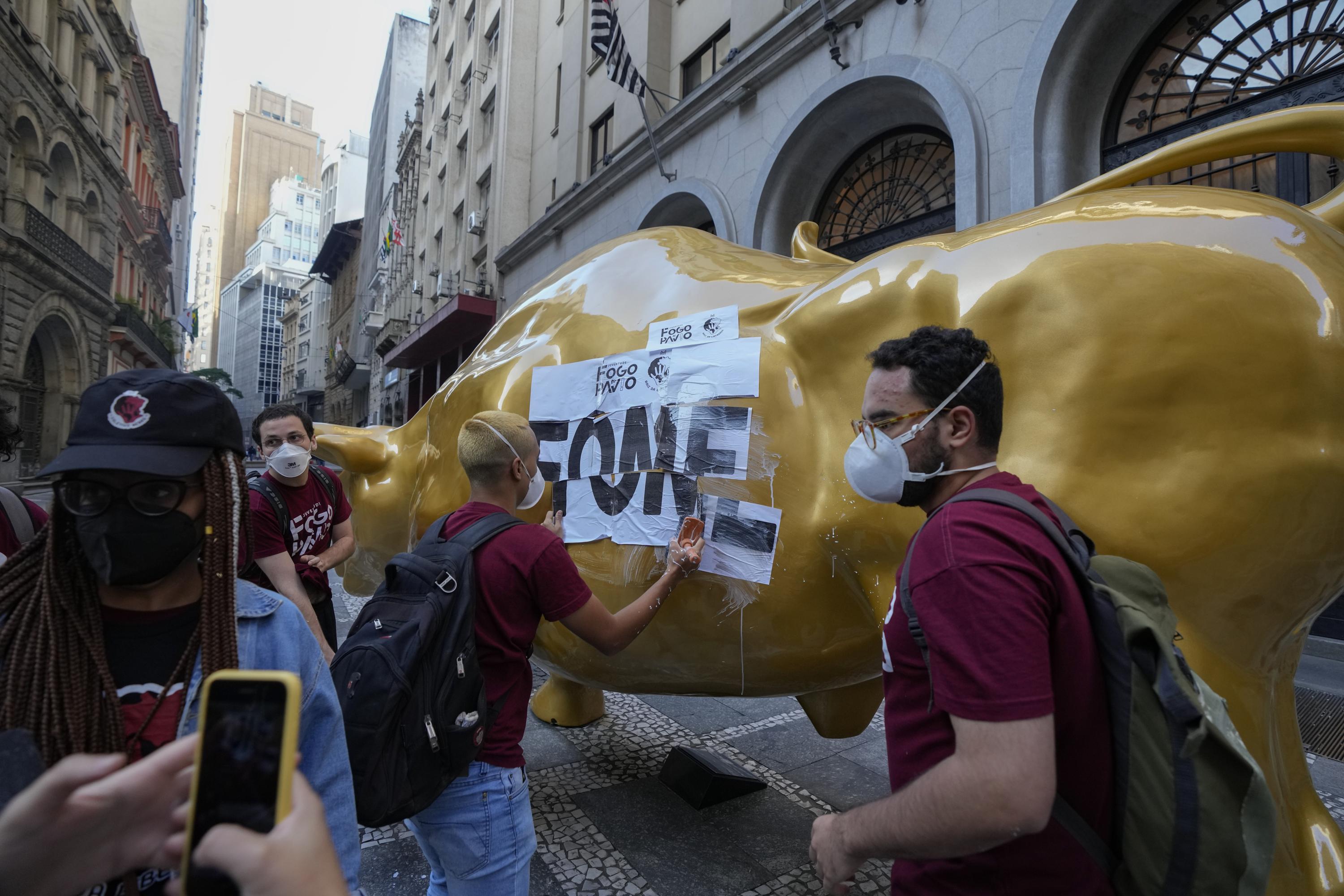 Nov 24, 2021 1 min, 5 secs
SAO PAULO (AP) — Many Brazilians felt bearish about the new Wall Street-inspired bull sculpture outside the stock exchange, and didn’t have to wait long for it to crash: The statue has been removed a week after it was installed.Sao Paulo’s stock exchange had hoped to bestow the rundown city center with a flashy landmark.Critics said the metal and fiberglass sculpture at the gates of the stock exchange in no way reflects Brazil’s current economic crossroads nor near-term prospects, with poverty and unemployment high and inflation running in the double digits.

It was sponsored by the stock exchange and investor Paulo Spyer.