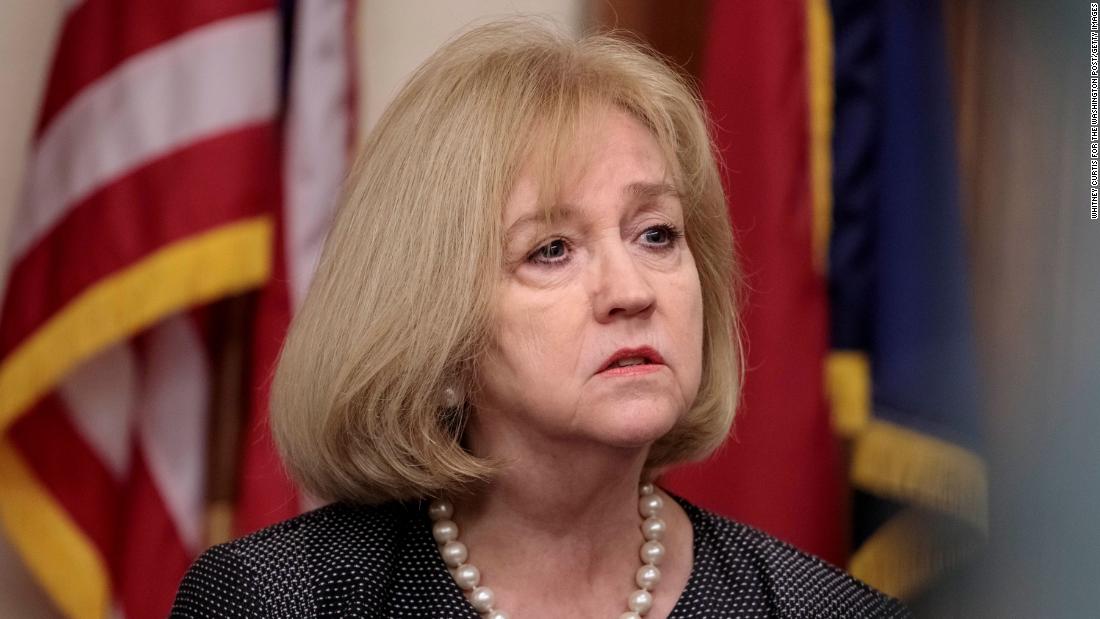 Jun 29, 2020 36 secs
The demonstration came after Krewson read the names and addresses of people calling for police reform during a Friday afternoon Facebook live video, the affiliate reported.

During the live video briefing Friday, the mayor was asked about meeting with protesters outside City Hall.

In response, Krewson read letters submitted to her by protesters aloud during the video "including the names and both partial and full addresses of those calling to defund the St.

Krewson released a statement later that day saying the names and addresses she read are public information, according to the affiliate.

The ACLU of Missouri called the mayor's actions intimidation in a statement.

"It is shocking and misguided for Mayor Lyda Krewson of St.