Can the Covid Vaccine Protect Me Against Virus Variants? - The New York Times 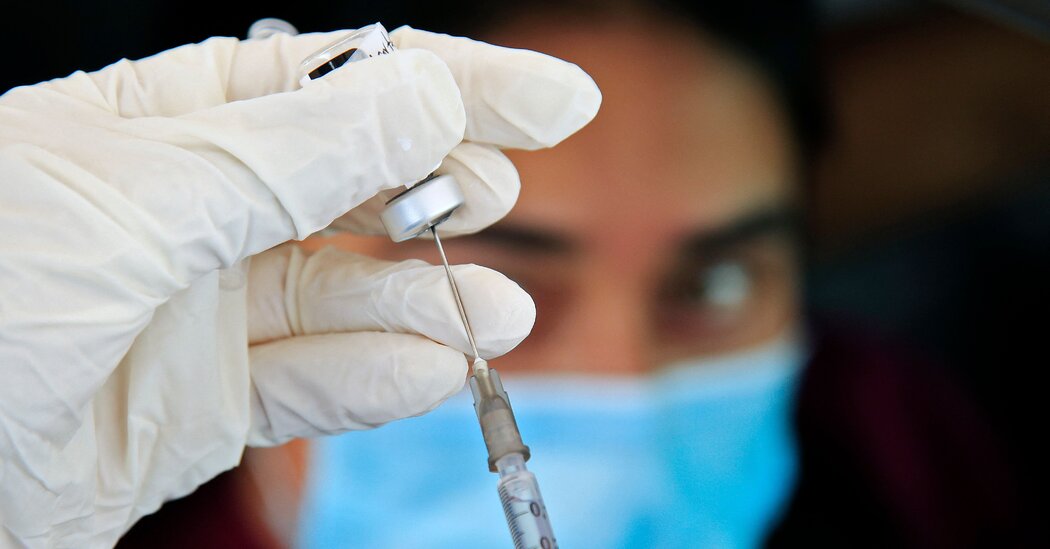 Apr 15, 2021 3 mins, 21 secs
In addition, the fact that two vaccines have achieved about 95 percent efficacy has created unrealistic expectations about what it takes for a vaccine to perform well.

And in Israel, for instance, where 80 percent of the eligible population is vaccinated (all with the Pfizer shot), case counts are plummeting, even as schools, restaurants and workplaces open up, suggesting that vaccines are tamping down new infections, including those caused by variants.

No vaccine is foolproof, and even though the Covid vaccines are highly protective, sometimes vaccinated people still get infected.

But breakthrough cases of vaccinated people are very rare, even as variants are fueling a surge in case counts.

A recent study of 149 people in Israel who became infected after vaccination with the Pfizer vaccine suggested that a variant first identified in South Africa was more likely to cause breakthrough infections.

While there are other variants (including two “California” variants, B.1.427 and B.1.429, and a New York variant, B.1.526), for now, it seems that the South Africa and Brazil variants (which as of late March together accounted for about 2 percent of cases in the United States) are causing the most concern.

Remember that there’s a lot of “cushion” provided by this current crop of vaccines, so even if a vaccine is less effective against a variant, it appears that it’s still going to do a good job of protecting you from serious illness.

A large study of Johnson & Johnson’s one-dose vaccine in South Africa found it was about 85 percent effective at preventing severe disease, and lowered risk for mild to moderate disease by 64 percent.

(Distribution of the Johnson & Johnson vaccine has been paused as health officials investigate safety concerns.) The AstraZeneca vaccine did not do much to protect against mild illness caused by B.1.351, but scientists said they believed the vaccine might protect against more severe cases, based on the immune responses detected in blood samples from people who were given it.

There’s less definitive research for the Pfizer and Moderna vaccines against the variant, but it’s believed that these two-dose vaccines could reduce risk of infection against the variant by about 60 percent to 70 percent and still are highly effective at preventing severe disease and hospitalization.

Even if a vaccine loses some ground to a variant, a large portion of people are still protected, and only a fraction of vaccinated people will get infected.

It means 95 percent fewer vaccinated people got infected compared to the unvaccinated group.

Under the same conditions of the clinical trial, vaccination would still protect 21,672 people in the group, and just 48 vaccinated people — less than one percent — would become infected, compared to 162 in the unvaccinated group.

Even though overall efficacy was lower, only a fraction of vaccinated people in this scenario would get infected, most likely with only mild illness.

While far more research is needed to fully understand how variants might dodge some (but not all) vaccine antibodies, public health experts note that an estimate of 50 percent to 70 percent efficacy against a challenging variant would still be considered an adequate level of protection.

If you have 95 percent efficacy, you can create some form of herd immunity with less people.

With 70 percent efficacy, it’s even more important to get vaccinated to protect others.”.

Even amid the rise of variants, vaccines will significantly lower your risk for infection and will protect you from serious illness and hospitalization

While vaccinated people still need to follow local health guidelines about wearing a mask and gathering in groups to protect the unvaccinated, vaccinated people can travel, get their hair and nails done, or go to work without worrying

Because there are still some outstanding questions about the risk of vaccinated people carrying the virus, a vaccinated person is still advised to wear a mask in public to protect the unvaccinated — although those guidelines may be updated soon