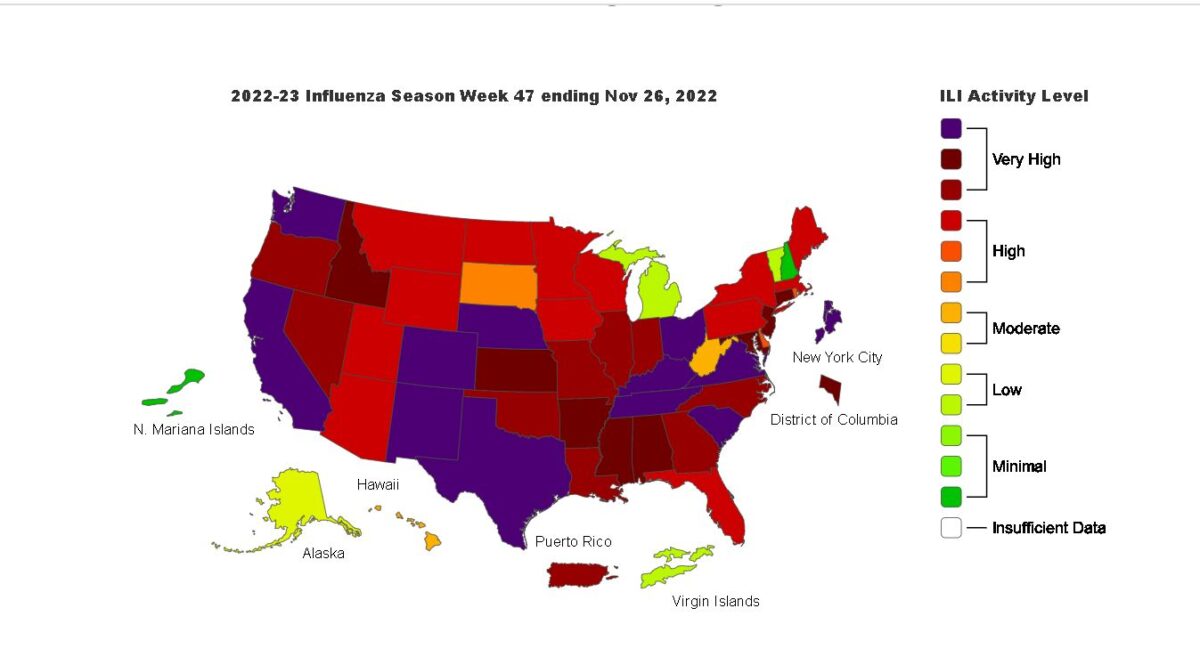 Data from the Centers for Disease Control and Prevention (CDC) shows that influenza is on the rise across the United States, and 44 states are experiencing high levels.Authorities also said that there have been shortages of Tamiflu, amoxicillin, and other medications in recent weeks.

There have also been sporadic reports of a shortage of children’s Tylenol, although its manufacturer said that there is no shortage.

There’s no Tamiflu for children.

Some parents have reported on social media that they’re having difficulty finding children’s Tylenol, which is used to reduce fevers, in various locales.

Johnson & Johnson, the manufacturer, disputed those reports several weeks ago and said it has seen no evidence of a shortage.

“We are not experiencing shortages of children’s Tylenol in the United States,” Johnson & Johnson told the Daily Mail last month.

1 Colonoscopy: Unexpected Results From a Major Study, Is It Worth Doing? - The Epoch Times

3 Natural Immunity Superior to Vaccination Against Infection in Children: Study - The Epoch Times