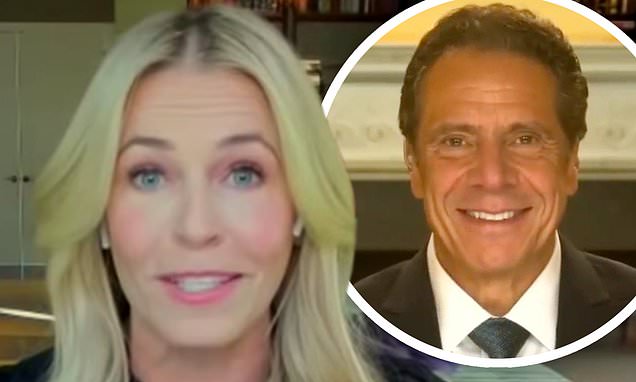 'And please, please, tell 50 [Cent] if he’s going to be joking around about supporting Trump, he might want to wait until after the election to tweet out such jokes, ’cause they ain’t very funny right now.'.

Former flames: Chelsea called out ex-boyfriend 50 Cent (seen together in 2011) for endorsing Donald Trump for president.

Chelsea called out 50 after he endorsed Donald Trump for president because of his favorable tax policies for the rich - and said he doesn't care if the Republican 'doesn’t like black people.'.

The latest: 50 Cent endorsed Donald Trump based on his tax policies in a tweet Monday, and said he doesn't 'care Trump doesn’t like black people'

50 Cent also showed support for the president in 2016, posting this Instagram photo  in the months before the election

50 Cent and Donald Trump are pictured together at the Vanity Fair Oscar party on February 27, 2011